I don’t think the Vive Pro 2 with simply better lenses would fix all the visual problems with that headset including a tiny sweetspot.

Isn’t the sweetspot a lens property?

Yeah, the distortion in combination with the high price keeps me from recommending this headset. If it was distortion free, I’d definitely recommended to buy this headset if you can easily miss the money. But now, it still feels as a trade-off.

Varjo did say they’re working on a new distortion profile, so who knows how much that will improve. It’s too bad that they also confirmed that currently they are not working on a dynamic distortion algo, which I’d guess is really needed to 100% fix the distortion.

How is the performance ingames vs the pimax 8kx?

Well I’d say it all depends on your rendering resolution. If you render the same resolution on both headsets I’d say performance will be pretty much the same. I’m using about 3k*3k most of the time on Steam which is doable on my 3090

Agreed, although depending on the title, PP and FOV on the 8KX can obv affect performance significantly.

The more relevant performance comparison would be the G2 (as it is closer in clarity to the VR-3 than the 8KX) which performs worse than the VR-3 due to the horrendous WMR overhead and at a lower FOV.

If the metric is ‘clarity per degree’ with respect to usable (as in not peripheral) FOV, the VR-3 performs better than the 8KX and significantly better than the G2. This is obv also a function of the aspheric lenses and the high ppd of the employed LCD displays.

Regarding the use of focus screens in OpenVR applications, we expect a feedback from Varjo directly by tomorrow when their OpenVR driver engineer is back from vacation.

Wouldn’t the best way to compare would be to set rendering resolution of steamvr each unit to be close enough to each other for total pixel processed and then run a benchmark?

Sure, that would show the respective overhead of the Pimax and the Varjo compositor.

Pretty much, that sums it up.

I’m more interested in the G2 vs VR3 since the G2 is close on the clarity and fov side. And ofcourse because i own one!

It matters in terms of what experience you get for a given computing budget.

The G2 is a good HMD, close on clarity is stretching it though and very much stretching it on the FOV side, in my experience. In any event, the VR-3 performs better at the same res than the G2 within OpenVR. Which I think is mainly down to how horribly inefficient WMR is in OpenVR.

I don’t see how that matters. The pixel budget is what you’re calculating. How those pixel are spread out (fov vs density) isn’t really a concern for the benchmark.

Using only the pixel count (the rendered pixels) works for 2D (pancake) benchmarks because the FOV does not usually differ much. Everyone is using either 16:9, or 16:10 monitors now, for which the FOVs are pretty much the same (depending on the game engine, but for the same game, they are the same).

So in 2D it is basically the same scene and the only thing which differs is the pixel density, the engine does pretty much the same job up to and including the vertex shader and then depending on the rendering resolution executes the corresponding number of pixel shaders.

Now, in VR with widely varying FOVs the situation is different. Depending on the FOV the game engine may identify either more or less objects which needs to be rendered, for them it needs to, not only render them, but maybe also run the physics simulation and other engine tasks. In the rendering alone since there are potentially different number of objects, also the job for geometry shaders may differ.

So you cannot compare the performance of different VR headsets with (significantly) different FOVs only on pixels rendered. The FOV has quite an impact as well on the whole engine performance, especially for large FOV headsets as Pimax.

Thanks for the knowledge drop! Makes total sense

Ben just reviewed the XR3 and seems to have run into the same distortion issue:

“While the fidelity of the image is truly world class, there is one notable issue that kept me from being lost in it entirely. On XR-3 I noticed a surprising amount of pupil swim, which makes the image look wobbly as you move your head around, especially when you lock your eyes onto an object in the scene and continue to move your head. The effect was bad enough that I expect it will cause discomfort to some users who are very sensitive to motion sickness.” 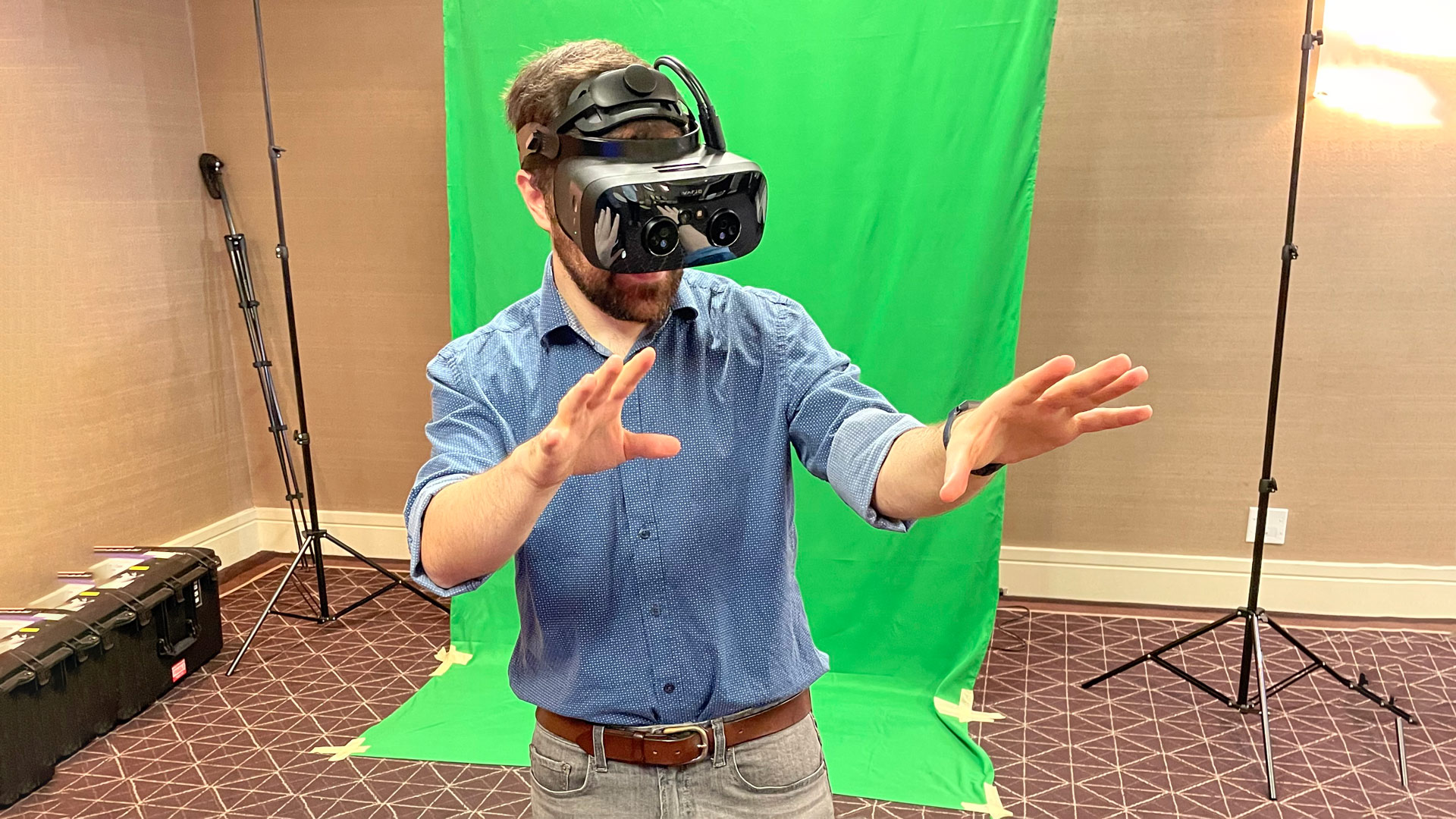 Varjo XR-3 Hands-on: Varjo's Headsets Keep Getting Better, Even as They Get...

By now it can be said that Varjo is making the world’s most high-end VR headsets, and not just because they’re slapping on a hefty price tag. With a core premise of ‘retina resolution’ that really delivers, Varjo’s headsets keep getting better even...

Nice review,a pitty indeed about the pupil swim or distortion…

Varjo are working directly with Asobo and Eagle Dynamics to get native support for DCS and Msfs. If this works out we could use focus screens on current GPU. Worth keeping an eye on if these are key titles for you.

Also worth mentioning here that Varjo only works with Nvidia GPU.

Djonko, do you play racing or flying titles?
I just tried dirt rally 2 and completed a whole race without noticing any distortions. In Msfs I feel I am compensating for them by moving my head less and eyes more.

Over time your brain will adjust to the distortion. However avoid using other headsets that do not have it or it will become noticeable once you return to the VR-3. The Pimax XR have pretty bad distortion but when I stuck using it, I adapted to it.

Hey g-maniac, no I’m not a race/flight simmer. I totally agree that in such games distortion will be much less of an issue. I noticed this in beat saber, in that game it’s hard to find any distortion at all. The reasons of course are: