PSVR2 Hands On videos are up

Here are a couple: 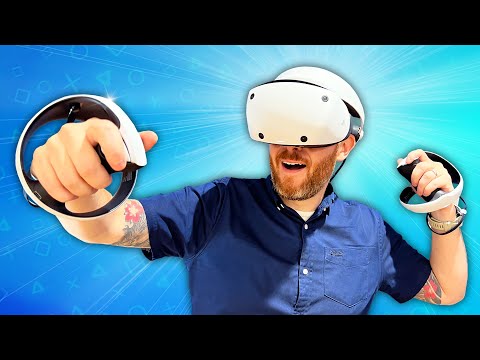 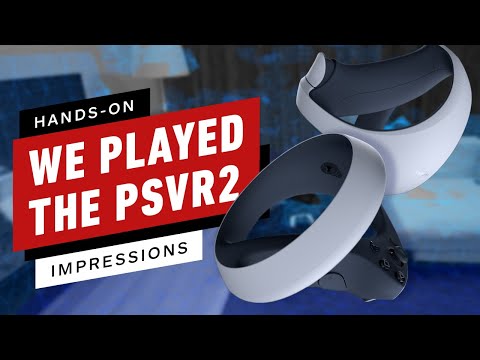 A bit early for a hands on but I guess Sony want to get ahead of the new headset releases coming out now such as Pimax Reality line, Pico 4 and Quest Pro.

Great to see how confident Sony are showing their final product. Those games look awesome. I got a PS5 last month and will be getting PSVR2 on release. 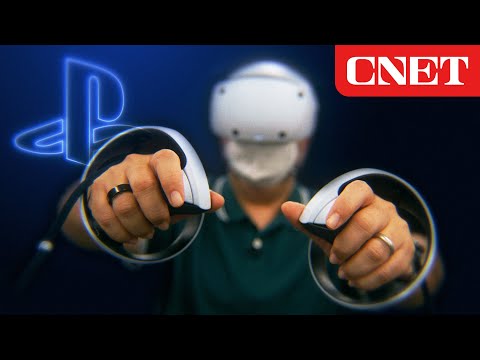 I’m definitely excited about the PSVR2, particularly for the new injection of life it should bring to PCVR games development also. That said, I can’t imagine it having enough software to make it worthwhile getting a PS5 just for it personally. 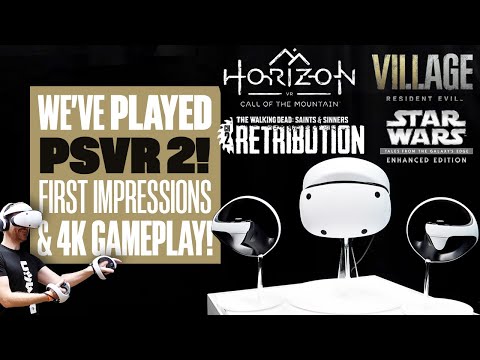 Yeah, definitely happy to hear they put proper effort into it. Will be an amazing experience I’m sure.

psvr2 uses a usb cable to connect to the playstation, quite alot of people make fun of the quest 2 for using 1.

There’s not really any comparison though. Quest 2 using the usb cable has a bandwidth of about 500mb/s. The PSVR2 has 10gb/s. So while it’s a far cry from display port bandwidth, it should be plenty to have visually lossless compression.

This is exciting news! It’s getting good hands-on reviews, this is definitely going to help propel VR gaming! Damn I even might get one myself, I love OLED (although according to Ben from RoadToVR it does come with some mura).

i will get one too,i might even set the pimax chrystal and 12k on hold and wait for the Psvr 2…

I love oled blacks! For me it adds so much more immersion(if the mura isnt too bad).
But the pimax 8kx has also mura and doesnt got oled panels so i realy want to see the psvr 2 !

Cool, I’m starting to think this is going to be the VR breakthrough we were waiting for.

I realy hope there isnt much glare with those lenses in the psvr 2…
But man o man… yes Hdr oled… !!

It seems that 2023 is going to be the year VR is finally breaking through. I mean if I now read comments on non VR related tech sites, I oftentimes still read quite a few comments from people who think VR is “just a gimmick” and that it will die, like 3DTV died. That’s of course because they never even have tried good VR.

Now that will finally change, it seems we’ll finally have (pretty) good VR for the masses from Sony. And Apple will of course also release a quality headset, I don’t doubt that, although it probably will be too expensive for mass adoption. Hopefully the PSVR2 will be in reach for the majority of gamers, then it will be a huge breakthrough for VR gaming in general.

Some will make it but I’d wager the vast majority won’t.

It looks good, agreed, hope it does well. Bit poor that it doesn’t have integrated audio, varjo are sometimes derided because of this.