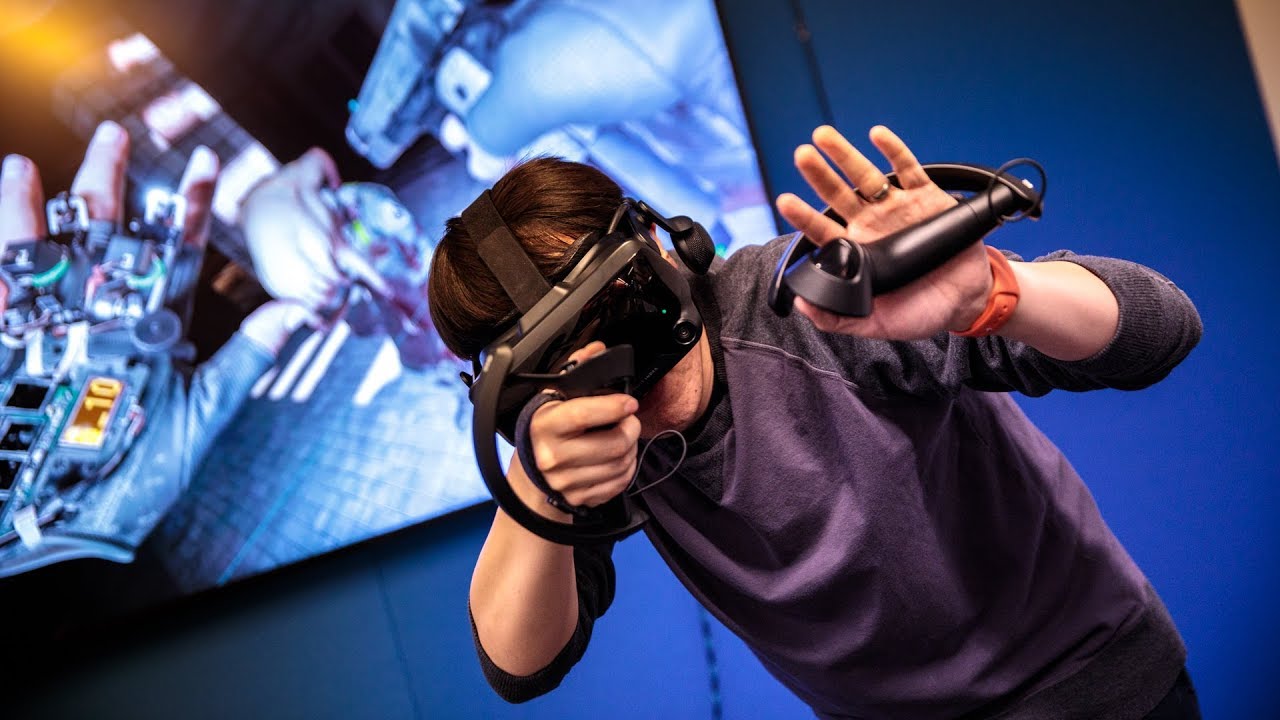 Thanks will check in a bit

No good information at all about pimax

they just said it was stretched and zoomed in , cant imagine that the fov was the same as on the index. they should have tested the large fov ! They didnt cover the Pimax Vr headset propperly at all

I wonder since this was a test build that it was not set up to do more then 130 fov?

Just suggests Half Life Alyx is not quite ready yet. And we know that to be true as it’s not scheduled for release until March.

But with @risa2000 Hmdq tool we know the true FoV rendered for each headset “Tested”. So we do know the Index’s FoV only feels bigger.

Was hoping the fellow whom Bought an Xtal on Reddit had gotten around to using Hmdq & posted results.

Not his fault that Pimax designed an optical setup that makes it twice as important that you align it exactly correctly, and makes that procedure twice as intricate, whilst neither explaining this fact to users (or even hint at it, for that matter), nor having any way whatsoever to facilitate such alignment, beyond the IPD dial, and taking the initiative of one’s own, of tearing off the face padding, or bolstering it.

The circumstances are even such that you can very easily do something that goes counter to proper alignment, and get the feeling that you have effected a significant visual improvement (EDIT: …even as you screw up the whole projection), in a way, as evidenced by all the near-far IPD threads.

Unless you’re gifted with pretty much an identical head shape to those of Pimax’s engineers, it takes quite a bit of tweaking to find the sweet spot, and get a view that does not make pretty much the exact impression he described; Kind of zoomed-in and flat-ish, with the periphery almost feeling like it’s faked, by stretching out the last few degrees – a sensation described by quite a few exhibition attendees during the Kickstarter wait.

Will the Vision models, with their “comfort kit” solve this? I don’t know, but I can’t say I do not have misgivings, considering how rigidly, and “envelopingly” sculpted it all seems, and everybody avoiding answering questions about whether there is any adjustability like the plague.

It is clear as day, that more FOV is rendered for-, and displayed by the 8k/5k, and Norm’s guesses on how the software works are laughably off, but expect attitude to be met with attitude none the less.

Not his fault that Pimax designed an optical setup that makes it twice as important that you align it exactly correctly, and makes that procedure twice as intricate, whilst neither explaining this fact to users (or even hint at it, for that matter), nor having any way whatsoever to facilitate such alignment, beyond the IPD dial, and taking the initiative of one’s own, of tearing off the face padding, or bolstering it.

@SweViver Pimax is only to blame themselves if even a “non-hipster” reviewer like Norm comes to this conclusion. I have spent some hours on the forum trying to explain to people how to set it up correctly (and how complex it is), while Pimax has done nothing about it. And despite my effort there are still many who believe that the correct way is “pushing the lenses to the nose as much as they get”.

These things can both be true.

I was wondering about that. I used to have a huge problem with distortion on the pimax. Then one day it was just “gone”

no issues at all. I started to wonder if pimax improved something or if I just got used to it.

Truth is i’m kind of confused about the index fov even though I know its not that complicated. The facts based on actual measurements is that index doesnt come close to pimax.

But whenever I hear people talk about the index they say how amazing the increased FOV is.

I’m pretty sure they must be talking about perceived FOV, because from what I heard its actually not bigger horizontally but it is bigger vertically.

I think they only way I will know is to try an Index. But I have no way of doing that. 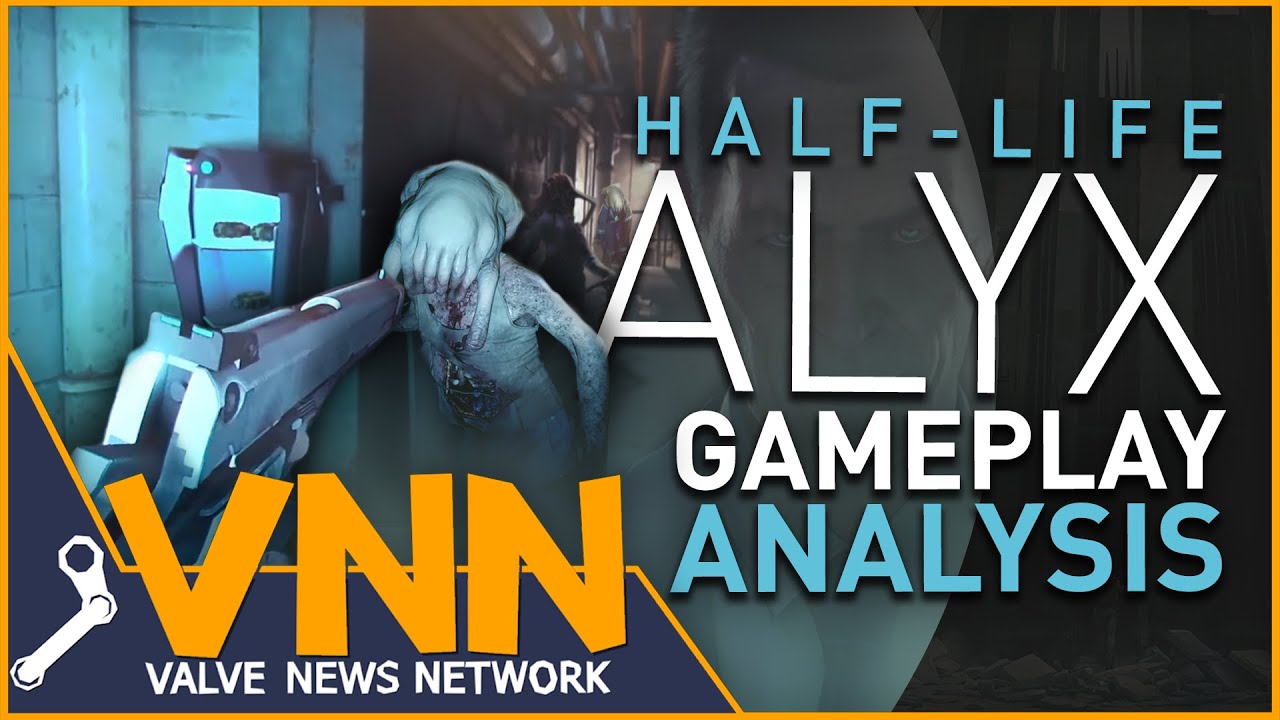 Close one eye look in the outer corner with the other and move your head… do you got distortions then?

I’m pretty sure they must be talking about perceived FOV, because from what I heard its actually not bigger horizontally but it is bigger vertically.

I can see a little, but it looks like im looking into the side of the lense so it kind of makes sense that it would be distorted a little there.

Still compared to how it looked in July, this is negligible.

Man so this video really did Pimax no favors.

Every body even mildly interested in getting a VR headset to play this game is going to watch the worlds premiere video with 25 minutes of actually gameplay. Tested on all headsets.

The bottom line this video makes is Index best. Pimax has one thing to do dazzle with FOV. and According to Norm it doesn’t do that instead crops the image to give fake fov. This is a lie of course but the general public don’t know about that.

Will Smith “This is my first time using a Pimax, … and it is NOT at all what I expected”

The one positive thing I take away from this is that Valve actually has a Pimax.

This could also have been set up to make Index look the best and Pimax look bad. From my view, it seems that Valve have not done any work to get the FOV on pimax to work. Because i’ve never played a game even unofficially supported by pimax that exhibited what Norm was saying unless the game itself was messed.

Obviously if i’m valve i don’t want the point of the video to be… OMG the pimax destroys all of the headsets!

Again Pimax is their own worst enemy here. Imagine how different this video would have been if Pimax had their headstrap and 8kx on display here. With controllers working and finished easy to use software that auto calibrated and had an in steamVR dash that you could tweak the FOV and projection settings from within steam VR.

Norm is pretty basic… its like I have a 32:9 screen and i fire up a game and its clearly running in 16:9 stretched .

Norm: Im not impressed by the 32:9 screen it looked like it was zoomed and stretched to the sides and i was getting no more information

No sheet, sherlock… nobody buys a 32:9 monitor and isn’t prepared to go into setting and tweak the FOV and resolution you may even need to hack an ini file or visit WSGF.

Is that from people coming from Pimax headsets, though?

When it comes to other common headsets, it is theoretically possible to get about as much with the original Vive, but much harder to get that HMD fitted in such a way (I never got more than 100° myself, and an astounding number of people never even registered that it has dials for eye relief, much less experimented with thinner face foams - plenty seem to have got no more than with the Rift CV1), and it is a great leap from the Rift CV1, that is just under 90 for both eyes combined, but plenty of people seem to not even having got that much (The CV1 did not have any eye relief dial, and even fewer of its users were likely to try thinner foams than the Vive ones - to the point almost none of them seemed to notice it has only 70° stereo overlap).

I think the impression of a large FOV might come more from the relatively good edge-to-edge clarity, combined with very good geometric verity, which together really helps one’s perception of room.

I think I’ve seen more people complaining about the index’s FOV feeling constricted, due to the ugly blinkers that appears as if mounted to your head, truncating one’s view. :7

(That many people never got more than 70-80° with their Vives and Rifts, never stopped them from vociferously claiming they got 100-110°, mind, which is why I tend to be rather skeptical of people’s estimations. :7)

I have absolutely zero time for tested. I’d rather them have invited tyriel or someone similar. This was clearly about audience size.
what different people see in the Pimax continues to be confusing. It’s always been perfect for me with zero distortion. There’s clearly an eye distance and ipd that just works, any deviation from this and it suffers.

source video
Its hard to argue this. Which is why i find it hard to believe that anyone could compare the index to a pimax at all. Even the smallest fov of pimax is waay bigger than index.

I do agree with what he’s saying about the Verical FOV is the game changer. Because i remember using the odyssey for the first time and its vertical seems bigger than CV1 and the best way i can describe it is that first 20 degree difference in FOV is eye opening. After that the higher you go may be less and less effective.

I played Asgards wrath on the CV1 for 2 hours then went to pimax for 4 hours, then went back to the rift for 2 more hours and OMG i never wanted to go back into the rift again.
It was this reason why I haven’t played stormland past 2 hours yet because I didn’t want to ruin the game on that tiny FOV (Finally it works with pimax and its glorious)