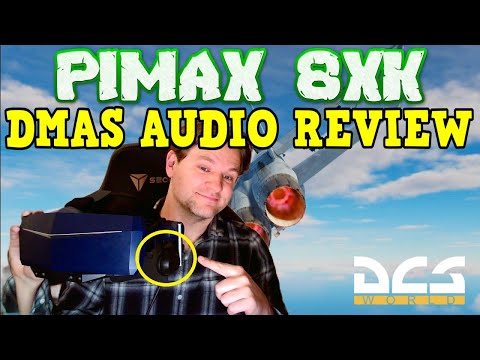 There I was hoping for a brief written analysis, I dont have the time to sit through a video. Bollocks to that, I will write one up myself later this week with the modules due to arrive today.

i miss the part about mic bleed with the DMAS solution…

Mine arrived today but that dam thing called work is in my way!

Lol he really likes the 8K+ with Half-Life Alyx. Despite being coming up to two years old, HLA is still my favourite VR experience. 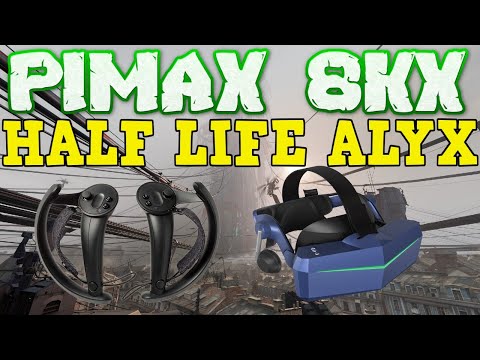 Where are all of the reviews of the DMAS - am I missing the proper thread ?!

There I was hoping for a brief written analysis, I dont have the time to sit through a video. Bollocks to that, I will write one up myself later this week with the modules due to arrive today.

Lol that video was only 10 minutes. I came back ‘next week’ hoping for your brief written analysis but nothing. Bollocks to that - I don’t have time

Quick summary - he really liked it, feels it is an upgrade to our previous audio editions and prefers it over those. Characterized the mids and highs as very crisp.

Compared to Index and G2 audio he feels it has less bass response and hopes we provide a firmware update to improve that aspect a bit then he says they would be very close.

@PimaxUSA are you guys still working on tweaking the sound levels?

hey guys/gals, what headphones do i have on my 8kx? (forgive the noob’ness, i am a pimax noob!)
they are the same as in the above vid but i have cups that clip on to them too. are mine dmas? i think so.

steve says they lack bass but i dont agree, especially with the cups attached and when correctly aligned with your ear so they are proper “over ear” headphones. i have a g2 and i think my pimax dmas are as good or may be just edges it on sound.

You have the KDMAS it has cups on it…

If you have cups, which means it’s a KDMAS.

edit: just googled a bit and seen the dmas are an upgrade to the kdmas. i’m happy with the sound of the kdmas.

Yes, so I upgraded from KDMAS to DMAS, here are the problems:

I have the speaker arms installed correctly and completely tightened down. I tried multiple audio configurations. With the KDMAS I had to resort to running a 16 ft. 2.5mm jack from my onboard audio to the headphones and then using the Pimax supplied splitter as connecting the splitter to the left side audio port (8KX) results in random audio chopping noise. I tried plugging the DMAS into the headset as intended but this only halved the audio volume once more. I tried plugging each speaker directly into the respective left and right audio port and this reduced the volume even further.

Is anyone having a satisfactory experience with the DMAS?

I’m going to ask for a refund, this is garbage.

Is anyone having a satisfactory experience with the DMAS?

If you just read the discussion on discord, other threads here and reviews like vr flightsimguy on youtube you will know your review is vastly more negative than any other that exists and most are positive. You are the only person who has said no mids which is a red flag as all so far have said mids quite superior to kdmas.

The distance of the drivers is probably too far from your ear or your head is shaped in a way where the angle is not good for proper sound field. You can also test with the KDMAS cups on the DMAS but you have to tweak the EQ to gain maximum separation.

For all we know flighsimguy’s review was sponsored. The 8KX isn’t my first HMD. I also have an Index, a Reverb G2 and a Vive Pro 2. I gave your 8KX a glowing review. Please do not confuse my criticism of the DMAS as some kind of pent up rage for Pimax seeking expression.

The Reverb G2 and Index nearfield speakers absolutely annihilate the DMAS speakers at the same distance from the ears. There is something completely off with the DMAS. All “flightsimguy” did was fly around with static jet engine noise screaming. There is exactly zero bass or mids representative in DCS.

Apparently I received my DMAS earlier than others. Watch my sentiment be corroborated across the board. I am getting a refund. The KDMAS blows DMAS away. Next time simply ask / pay Valve for their speaker design. Pimax engineers napped on this one.

For all we know flighsimguy’s review was sponsored.

No it wasn’t. That’s just plain false. He also did indeed test it with music and other sources.

Your sentiment isn’t echoed by anyone. It was so hyperbolic and duplicated here and reddit most people will be very reluctant to give it any credence.

I haven’t received mine yet but already I don’t trust your opinions. You sound like a hater. No logic.

There are a variety of factors that will affect your experience. I am bot sure why you had issues with mids. The mids and highs are quite clear. The volume level though is indeed a disappointment.

The bass however I found was a bit on the weak side. I did find playing with Windows Enhancement to bass freq helps a bit i used 75hz with 16 or 18db. However you can improve bass quality if you use your hands to cup around the speakers to help direct the sound better(for me drastic improvement in bass levels) also tried the kdmas cups on it which helps. So extension tubes will imho improve the quality like using @GrodenVR 's bass extenders to help reduce the gap of the speaker to ear.

A stronger amp would be nicer for sure. Still need to maybe buy boom3d and give that a try.

You can do a 30day trial of boom3d. I did and had a bit of time testing boom3d vs equalizerapo/peace vs windows bass boost. Back and forth, on/off with different content… various music and some engine sounds from assetto corsa.

Boom3D did the best job for me of making them louder and not losing anything whilst enhancing the bass and more. I ended up buying boom3d yesterday after my testing.

And yes as I and others have said before, the dmas appears to be a bit too far from my ears (approx 8mm more than index I measured, which already is a bit louder and better bass), If I push in on the sides of the strap I do get an improvement.

Overall so far I have mixed feelings, out of box dmas is a bit of a let down and I don’t understand if it’s something pimax plan to improve in sw but ran out of time? But with boom3d I think I’m ok with them, although more tweaking (possibly an extender) to be done.