Today of all days during Pimax 7 year celebration. Mike comes out with this tweet. 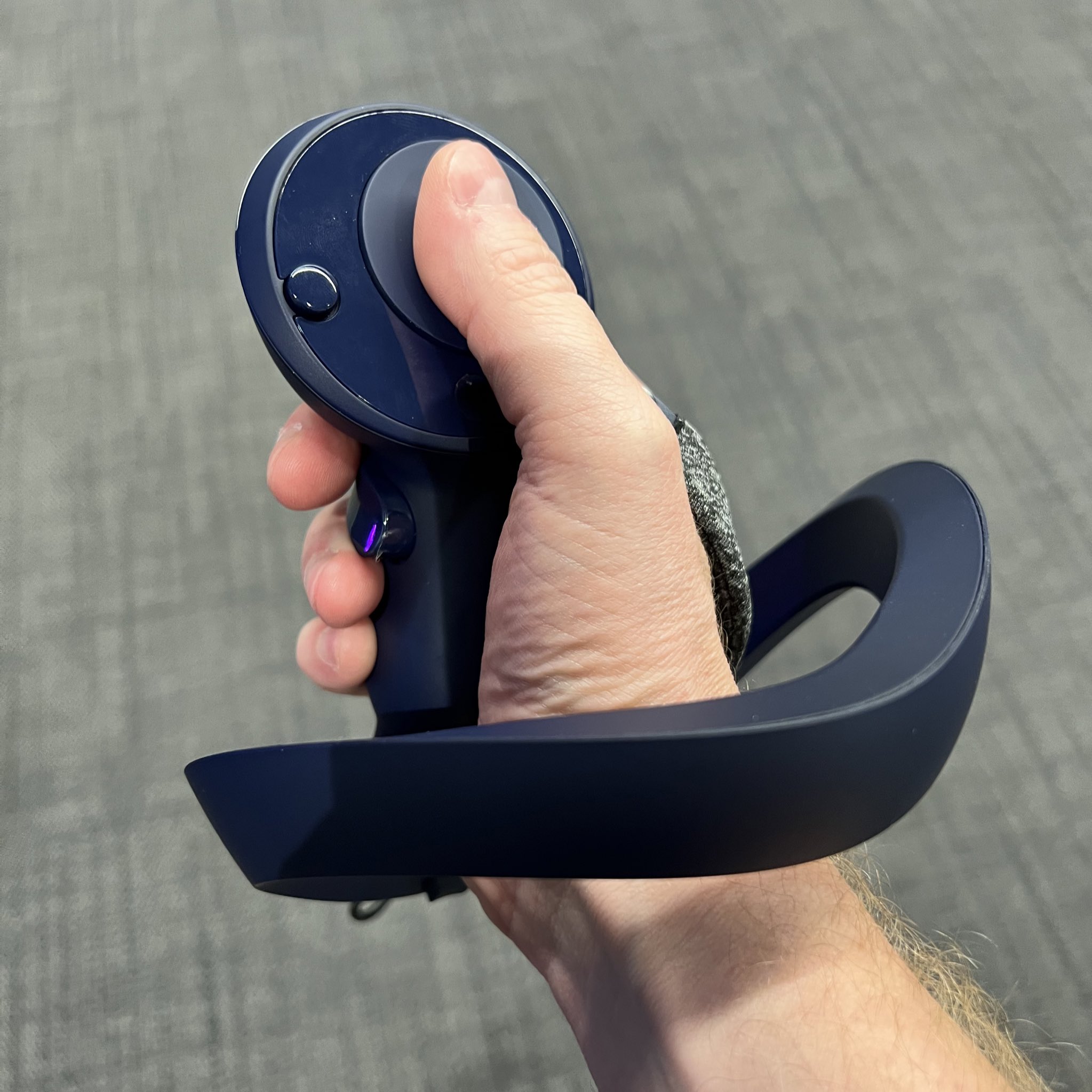 @
Congratulations to Pimax for making the worst VR controllers ever made 👏🏻🏆

While I have been very vocal about my disappointment that the joystick version of these should have been released instead of these.

It bothers me to no end listening to this guy rag on Pimax for the umpteenth time.

I have these controllers and I barely use them for lack of joystick. But calling them the worst VR controller ever made?

If you are one of the 10 people worldwide who likes trackpads and vive wands, the swords are actually an ergonomic step up.

Mike disdain of Pimax has been evident since day one when he realized the 5k he backed didn’t support his IPD and since then has used every opportunity on the Freality podcast (to which he quit via “Dear John” letter … Poor taste BTW.)to throw shade at Pimax every opportunity he gets.

I swear Pimax could give this guy a perfect Crystal headset to review and he would have to say negative things about it because he wouldn’t be able to help himself.

I’m relatively sure tweets like these should have him blacklisted from the Reality Series as his review would probably be tainted anyway.

I’d say Pimax should even decline to sell him one. Other critics at least have been willing to revise their opinions as new evidence arrives. Which is, of course, the hallmark of critical thinking and the foundation of the scientific method. Bertram Russell argued way back in the 1920’s that education could be immeasurably improved by teaching students to form opinions based on evidence and then be prepared to review and revise them as new/better evidence comes to light.
This Mike chap? Well, not so much. He tends to compile evidence on the basis of his extant opinions.

How do people think these are worst than the vive wands? Ridiculous. It’s just hatebait lol.

How do people think these are worst than the vive wands? Ridiculous. It’s just hatebait lol.

I think there’s a valid argument to be made to that effect.

The Vive wands were among the first VR controllers on market. They were ground breaking. In their time, they were not terrible.

If the Pimax swords were also released back then, then they’d be reasonable. But being released in 2022, they are absolutely substandard for the market today.

And not only that, but they are actually $50 more expensive than the best controllers on the market which have a considerably stronger feature set.

…and a battery life of only 3 hours compared to 8 hours for those cheaper and better Index controllers.

This is not one of Pimax’s better products that we’re talking about here. If it’s not the worst controller on the market, it’s legitimately in the running for that distinction.

Actually you’re making great points haha, I do agree with you. I think Pimax wanted to make the Joystick version but got basically blocked and felt like they needed to deliver something. It’s a damn shame tbh.

Viewed soberly, the touch function is the better choice, at least in arcades and applications with a high user flow (trade fairs, offices etc.). One less mechanical component. And I think that’s where the greatest buying potential lies.

I do get a sharp image ! This know how how to set up stuff, is just to much for some people.
For me it is the best solution of all those hmds, i did and do own.

We should all learn to face facts, instead of talking us stuff, good or bad.
But who am i to say this

It is just my opinion, i also have the vive wands here and a steam controler.
But i also do not like trackpads, i like trackballs, thou …

Lol can you imagine trackball controllers?