Given how many months have gone by on this, I would say any time you want.

Maybe service is a Pimax peripheral like Sword. It cost extra and you don’t get all the buttons.

Fun Fact if you remove the track slot & finger sense on the Index controller it has the same number of physical buttons as the Vive Wands & pimax sword controllers.

So the extra is the track slot and Finger sense.

Now it is sad no VR controller has the number of inputs that the:
Razer hydra has.
Menu, 4 buttons around the Joystick, Joystick button, Shoulder & Trigger button.

I don’t think you can rightly compare track pad buttons to real buttons like that.

The track slot might ve able to do 2 to 3 buttons.

As for clickable trackpad buttons would only compare to the Joystick button. But the post simply shows without finger tracking/capsense. All 3 controllers have the same number of physical buttons.

Fun Fact if you remove the track slot & finger sense on the Index controller it has the same number of physical buttons as the Vive Wands & pimax sword controllers.

If I remove all but 1 button and 1 trigger from my Saitek X52 I get the original Ch flight stick, but I already bought one of those back when dirt was forming

To which we have nothing more on an Index Controller if you disable the finger tracking.

All current VR controllers are a downgrade from the number of physical buttons that the Razer Hydra offered.

All VR controlkers seem to share 2 Action Buttons, a System button, Trigger and either a Joystick button or clickable trackpas that can have 5 click positions.

Well i would say FT is more than we need atm. the minimum has been influenced greatly by Touch so now the standard is AB/stick being unanimous (even Pimax’s next). This having strayed off topic-I retire.

So it is only missing the stick as the grip button is B and menu is A. Number of buttons has not increased. Hopefully pimax enables capsense/finger tracking in future.

And VR in general makes a controller with number of buttons equal to Hydra.

Of course SteamVR will need to allow more buttons. As the Hydra only emulates a Vive Wand with the Steamvr driver.

All VR controlkers seem to share 2 Action Buttons, a System button, Trigger and either a Joystick button or clickable trackpas that can have 5 click positions.

You’re missing that the defacto standard for VR controllers also includes some sort of grip whether it’s accomplished with a physical button (touch controllers) or finger tracking (Index). You’re proposing that the grip button on the sword be mapped to B, but its grip button needs to be a grip button. Even if finger tracking support was enabled in the future (which is a big if) and is able to act as grip in the manner that the Index does it, you’d only be able to grip with ring and pinky fingers since the middle finger naturally rests on the grip button because it’s intended as a grip button. It would be awkward for the user to try to dodge it when attempting to grip somehow.

You’re also giving the trackpad and trackpad buttons too much credit. They technically work on paper, but they work poorly in the real world and have significant limitations. For example, one of my friends is playing After the Fall with his original Vive with Vive wands. It hampers his game play because he needs to use the trackpad buttons, and this means whenever he has to click a trackpad button he momentarily can not run at the same time. You frequently have zombies chasing right on your heels in this game, and that momentary break in running causes death. He is playing at a clear disadvantage compared to the rest of the friend group who are using Index controllers.

And this is really the point. The Vive wands and the Sword controllers are unable to meet the defacto standard layout of modern VR game controls. If you use a Sword controller, you are going to be limited in meaningful ways which put you at a disadvantage.

Or in short, the sword controller really is missing buttons.

2 controllers only 1 needs to run.

It comes down to that VR controllers are limited as said the Hydra demonstrates a more complete controller design. Yet the SteamVR driver greatly restricts it.

Add capsense Finger tracking which is a seperate driver and you expand inputs.

May/June should be interesting with Tg0’s (@jkamecki-tg0 ) Etee release to see reviews from the wild.

I’m also one of those who have this whine with the 8KX DMAS. I opened a ticket on December 13th. First I should send the DMAS to the France warehouse. But there it ended up in a parcel shop, where it lays for weeks and nobody from Pimax warehouse picked it up. So it was sent back to me again, for which I later got an invoice from UPS.
Then I also got the experimental firmware to test like Plews, but it made using the 8KX absolutely impossible (the sound kept changing between quiet and way too loud). After my feedback on the experimental FW, I was finally offered a replacement for the 8KX, it just had to be approved by the supervisor.
Five days later, I was offered the DMAS refund again (I’ve received this offer multiple times since the ticket was opened), even though I had already declined the offer the first time. After a somewhat annoyed reaction from me to the offer and a response from support that they will share my feelings with their supervisors, things have been quiet for a few days now.

Now after almost five months, a lot of wasted time and even more expense (shipping of the DMAS back), I still don’t have a fully working 8KX with DMAS.

@PimaxQuorra @hammerhead_gal Could you please help me with this. My ticket number is 21787.

Funny I seriously blew the dust off of my hydra controllers the other day, considering if I could use them over the swords and index.

Ultimately the answer was no due to lack of the all important lack of Grip button.

Also in my attempt to justify the swords existence I tried to use the swords to play half life and it was only making me more angry.

The problem with the trackpad doubling as buttons is that you lose the accuracy of both.

The hydra remember was not made to be a VR device had it been it would have had a grip button in addition to the plethora of buttons. The unfortunate thing though unless the Hydra SteamVR driver has been updated it only has Vive Wand Emulation. Like any different controller one needs to adapt muscle memory. With the Hydra it is a pain when needing to use the base station to fix orientation/drift due to not being able to see the base in VR. A pass through cam would help.

Also in my attempt to justify the swords existence I tried to use the swords to play half life and it was only making me more angry.

Now Jame-Jame on Reddit has done a great initial review showing some benefits like 56 tracking Sensors vs 28 and has sone settung details that improve the Trackpad use.

Nah. Just need time to get used to using them. I am sure there are ppl whom play it with Vive wands. Add finger tracking you have more inputs than a wand. 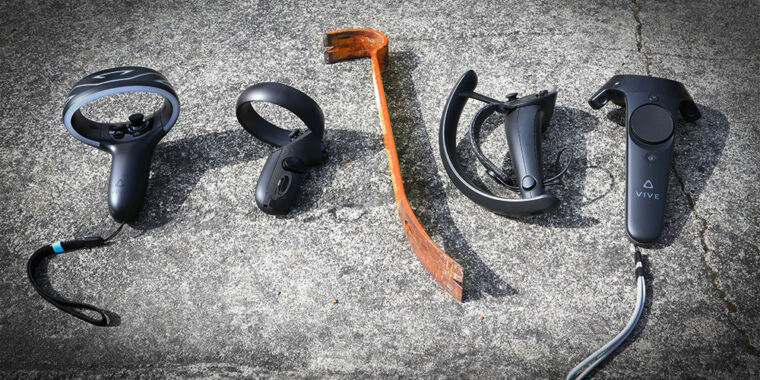 The ultimate Half-Life VR hardware guide, from frugal to fantastic

What does it take to get the best VR adventure yet running in your own home?

Designed that you can even play with a single Vive Wand.

Jame-Jame on Reddit has done a great initial review showing some benefits like 56 tracking Sensors vs 28 and has sone settung details that improve the Trackpad use.

Are you talking about the sword trackpad?

I’ve also played Alyx with the Index, and the finger tracking only serves cosmetic purpose in the game

Yup, finger tracking is the ultimate useless gimmick. Only thing it adds to the game is crushing cans & accidentaly blowing yourself to smithereens with the grenades.

Jame-Jame on Redit. Yes the trackpads; plus as he mentions with different controls like a trackpad there is muscle memory changes. 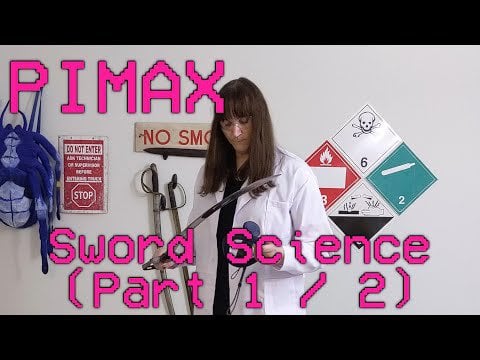 Yup, finger tracking is the ultimate useless gimmick. Only thing it adds to the game is crushing cans & accidentaly blowing yourself to smithereens with the grenades

That is widely in part due to Valve’s finger tracking and grip sensor seems to need settings tweaked. I was pleasantly surprised didn’t seem to have the time where the index controllers needed to learn.

Finger tracking on a controller is a useless gimmick.

Controllers are inherently isolating you from the game, being a “remote control” buttons-and-sticks interface for you robotic avatar, rather than letting you embody it; And they should never have been; We should have had something like force feedback gloves, or bare hand tracking from the get-go.

The way we clumsily “grip”-interact with objects, by closing a fist in their vicinity, be it something vaguely shaped like the controller body, or something like, say a thread and needle, is extemely annoying - either they annoyingly snap into predetermined grip positions, making it impossible to manipulate them, or they annoyingly float intersecting your fist, and you pass them back and forth between the hands to get them to where you want them, or there is some somehow even more annoying compromise between the two.

There is my opinion, which I have held (EDIT: …and voiced) since Rift DK1 days, and never found reason to change.

Indeed any hand held controller that is not simulating an actual tool does take away from natural interaction.

Sticks, Trackpads, Trackballs etc used for movement like walking, running or turning is a go between.