Time to move to Intel's Alder Lake for VR gaming? 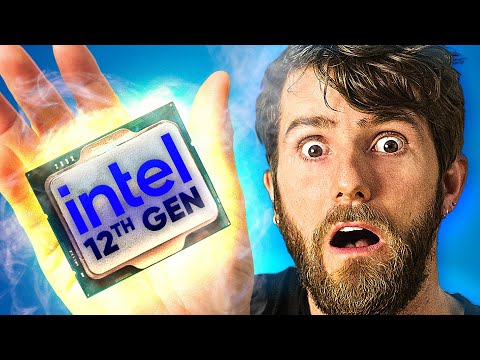 I’ve toyed with the idea of upgrading my 5 year old i7 7700k and indeed in cpu benchmark tests my cpu is blitzed by newer cpu’s. But then i look at benchmarks for 4k gaming, so high res like vr, and there’s only a few fps (typically ~10%) difference. Gpu it seems is what matters at high resolutions, I have a 3080TI oc’d. So i’m holding off cpu upgrading probably until Zen 4 or the 12K release.

from a 7700k it’s worth upgrading. The improved single core performance does not give much more overall FPS, but the low FPS increase and the picture becomes much calmer.

I switched from a 7700k@5.0GHz to a 10850k@5.0 over a year ago and haven’t regretted it for my flight simulations.
I think the 12xxxk should be a worthwhile upgrade.
But yes, for a perfect result, we have to wait two or three more generations in terms of CPUs as well as GPUs.

Yes a better cpu would be better for the 1% lows and reduce stutters, but if i was chasing fps i wouldn’t gain much. I’ll hold out until atleast the end of the year, see what zen 4 and intel 13th gen brings, plus ddr5 ram will have matured by then hopefully. Then maybe I’ll buy a complete new system and sell my old 1 for parts.

Yeah I agree I am still DDR4 hahah

You should see a big bump in IPC

I made the jump in cpu from 9700k and man I wish I could explain explain exactly why you might get 12th gen. I didnt even get ddr5 and what you say about high res gaming is absolutely true. Yes. It doesnt make much difference in gpu bound games. But I found there to be more to it than that. The new gen pci4 works with faster ssds and also the additional cores let me kick all the stuff like steamVr and pitool to other cores - via project lasso. True it was a quality of life improvement mostly, but it remove alot of stutter overall. It was dollar for dollar almost as good as a a GPU upgrade…of which none is really available.

You should see a big bump in IPC

Would that translate to fps improvements in gpu bound games though? Idc about general productivity gains like decompressing files etc.

it remove alot of stutter overall

In some games I do sometimes get stutters with my i7 7700k. I will probably upgrade when zen 4 and intel 13th gen cpu’s and 4000 series gpu’s release, i’ll buy a complete new system. Unsure whether to go with amd or intel, ive usually favoured intel.

How much of a boost would upgrading from a 9900k be with a 3080? I was under the impression that for 4k+ resolution it was the GPU that played the biggest role.

Unsure whether to go with amd or intel, ive usually favoured intel.

I’ve always been Intel only until my most recent PC. I switched to AMD for the CPU. If you follow the industry, Intel CPUs have been stagnating and have actually fallen significantly behind AMD CPUs in recent years. The old status quo of Intel being best and AMD just being the cheaper option aren’t true anymore. The situation has changed. Intel has been maintaining its market share on inertia because a lot of people just continue to buy Intel assuming it’s the best and most standard, but that’s deteriorating.

This also plays out in terms of compatibility. It used to be that you were opening yourself up to potential weird compatibility problems if you went with non-Intel. But AMD is becoming the recognized market leader now and there’s good support for it. Anecdotally, I’ve had zero problems with my AMD 5900X based system.

On the GPU front is a different story. AMD GPU’s continue to be less supported and tested against in the industry. Like Pimax supporting nVidia first in their firmware for the new 8KX revision. That kind of thing is pretty typical. AMD GPU customers get the shaft once again.

So I would say that right now, the best and most supported combination to have is an AMD CPU with an nVidia GPU.

How much of a boost would upgrading from a 9900k be with a 3080? I was under the impression that for 4k+ resolution it was the GPU that played the biggest role.

For 4k gaming you’re correct you wouldn’t get much of a boost with a cpu upgrade from a 9900k.

So I would say that right now, the best and most supported combination to have is an AMD CPU with an nVidia GPU.

I agree this is best at the moment. What I also like about AMD is that they run cooler than Intel so that water cooling isn’t necessarily needed and there’s more scope for cpu upgrade to your existing mobo. Still undecided though, will compare towards the end of the year then decide.

It is. But there was just a general shift in performance at the minimum fps. I also increased my ram speed to 4000mhz vs 3200, so maybe that was the bump for me but even at 6-8k VR resolutions I SEE a bump!

I dont know if i can say every dollar went to the improvement, and certainyl no one without a 3080+ needs a faster CPU than 9900k for VR resolutions. Itd be sad to sit with a 12x00 cpu and a 2080ti

Wasnt it you who had a varjo aero and a 8kx. I thought you were moneybags!

Lol no i bought the aero on a 0% interest credit card so will pay it off gradually over time!
The 8kx is paid for but guess what? I spotted a small crack in the casing yesterday grrr. I haven’t banged or dropped it etc, i’m in contact with Amazon and Pimax support right now, I wanna replacement or a refund.

certainyl no one without a 3080+ needs a faster CPU than 9900k for VR resolutions.

That’s not really true. I have an AMD 5900X and an nVidia 3080 Ti, and I do encounter situations where my frame rate is CPU bound while driving the 8KX’s displays in native mode. Mostly in VRChat.

It’s true that it’s GPU bound 100% of the time in most games. But that’s not the case in all of them in all circumstances. And this is with a faster CPU than 9900k.

Yes VR chat and truly high fps games that makes total sense, glad you mentioned. I would think Beat Saber and the like are other good examples. When I say AAA I guess I inherently meant GPU-heavy games, but there are other examples like FS2020 that eat CPUs for breakfast too, so I dont want to leave that out. So yeah its back to whether a person is CPU bound by what theyre doing in VR. I might be trying to justify my 500 bucks that are missing too hahah.

Does anybody know how/whether the Performance/Efficiency core design has an impact on worst case frame times? Or is the scheduler clever enough to prevent situations where latency critical threads are scheduled on an efficiency core? In that case it would be interesting to see whether there is a difference between Win11 and Win10.