Just some footage from when I attached the hand tracking module. 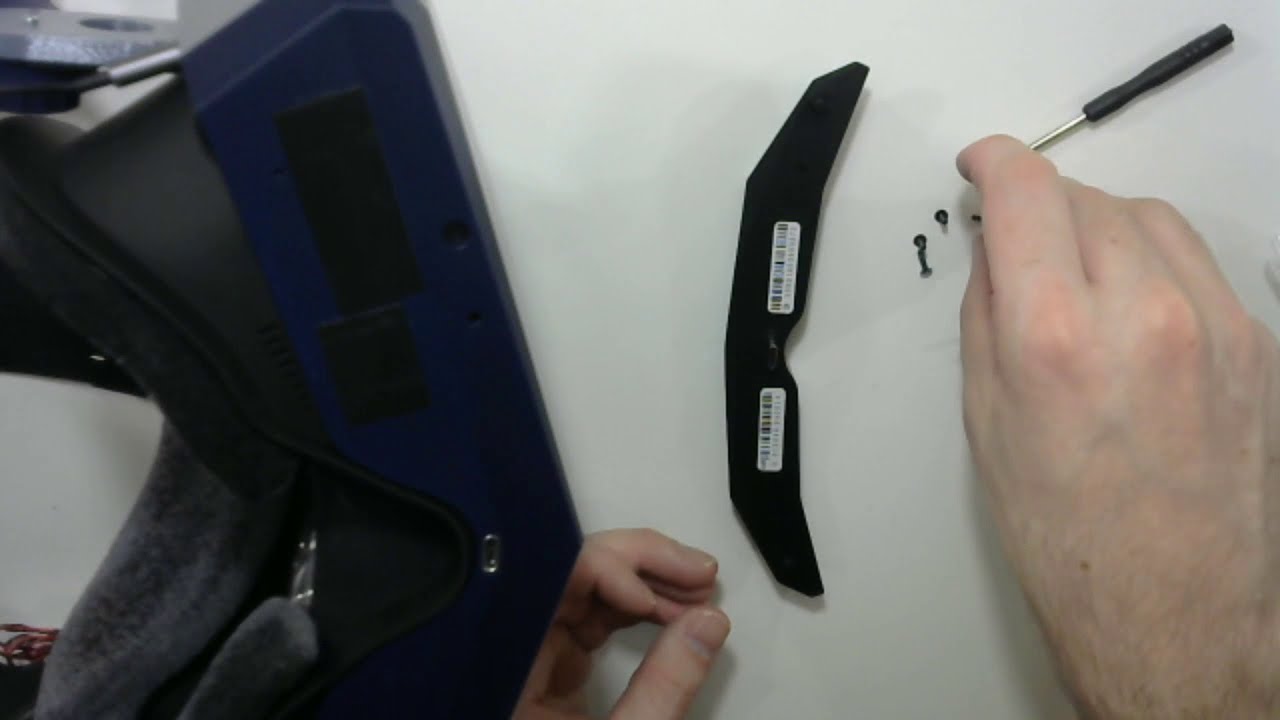 Yeah not sure why they changed the screws. One set is for og pimax headsets and the other set for Vision housing models.

Yeah not sure why they changed the screws. One set is for og pimax headsets and the other set for Vision housing models.

The machine screws probably relied upon internal bolts, which is another manufacturing step that could both go wrong and cost money. Good choice overall, though a few more threads might have been desirable.

No. Thinking that way, we could just rely on the USB-C port snap fit. That is not recommended for good reason. One light smack with hands or VR controllers might seriously bend things up.

“Good magnets”, even with tens of kilograms of holding force on contact, usually do not completely restrain sliding motion. Even if an angle iron shaped bracket were used, tens of kilograms achievable with reasonably sized/priced/safe magnets might not be enough to prevent momentary loss of contact.

Having installed the Hand Tracking module, I have no plans to remove it. I am happy that it is semi-permanently attached.

Your forgetting the locating pins. Simply making the pins fit better would work fine. Plus if your going to wack it with a controller your likely on par to hit yourself in the face.

Sure if your not planning on using any other modules that might come later then not a big deal to have it perm mounted.

Now ideally a future model if HT takes off then a front panel becoming modular and having a Faceplate with HT built in would be better(as others seem to be having HT built in).

Your forgetting the locating pins.

No, I am not. Although USB-C ports are among the best designed connectors (far better than previous small USB connectors), there is still the possibility of unusual, invisible, damage from impact events. Such as bending or tearing the tiny pins or copper foil traces inside the connector. Resulting shorts can be catastrophic.

Don’t be fooling around. VR stuff is among the most mechanically demanding application electronics could be put to. Some robotics/3Dprinting/aerospace things might be just a bit worse, maybe.

Plus if your going to wack it with a controller your likely on par to hit yourself in the face.

On the contrary, some of the most intense VR games give the user cause to frequently reach over their shoulders as fast as absolutely possible. Though I have carefully avoided substantial impacts, this does happen.

Not even to mention this is a high-frequency frequent-vibration problem, exactly like the screws used to attach PC case fans.

Anyone who discounts ‘what could possibly go wrong’ should not have any influence on consumer product development, or any technical project. The best imaginable overengineering inevitably proves not to be enough for whatever does happen, often even before the first prototype is assembled. The result of such thinking is the ever increasing set of inadequate hardware products filling landfills, and the screams of agony from users of all the awful software products out there.

Screws, zip ties, etc, are robust and tight. Magnets, locating pins, not quite so much.

Magnetic holder with pins would work fine. If your really nervous about it some if the plastic clips on a car works great.

As the HT is narrower then the headset and mounted to the bottom is very unlikely you will hit the HT module.

As for pc fan screws not sure which ones have come with your case fans. However mine I have had great difficulty removing some of the fans to be used else where. Now I might have some concerns over the neoprene rubber fan clips or even the spring wire that some use.

In comparison you’d be more likely to have an index controller strap fail with the IC flying out of your hand.

As long as they don’t use weak magnets like on the ET it should be fine.

Even a simple squeeze clamp on the locating pins would work for release if you must have a mechanical mount. Screws are not needed in this type of module unlike the Hinge/audio module.