This is why i sold my varjo,here you can see the warping what was too much for me.But it could be different for you.But for clarity the varjo is the king

People who wonder how the warping(distortion) looks like on the varjo i post this example.
But keep in mind some people dont mind or see or get used to the distortion…

People have different faceshapes and eyes so it could be different for everybody,but it is there! 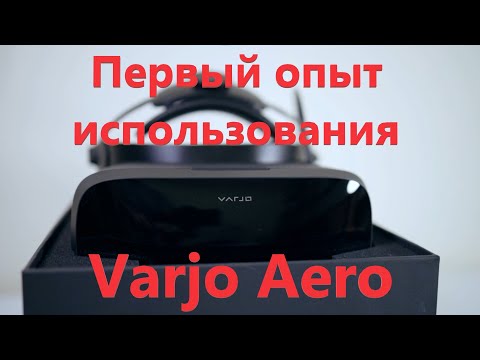 For such an expensive headset and such tiny FOV, the Pimax 8Kx stays on my system for a while.

I’m hoping my perception of the aero’s distorsion is the same to that of the 8kx’s - imperceptible unless going out of my way to look for it.

Just wanted to add that Varjo recently has made GREAT progress on the distortion front. At launch, the distortion was really many times worse than what Pimax currently has. It was more comparable to the very first launch versions of the 5k/8k, really bad distortion. Pimax made great improvements along the way but so did Varjo, I’d say they’re pretty much on par right now in terms of distortion. It’s still there and I’m sure some will find it still distracting, but it’s just so much better than what it was and I personally can live with the current distortion level on the 8k and Aero. Still hoping both companies will improve on it, but it’s ok-ish right now IMHO.

Actually I just did a few A/B comparisons between the Aero and the 8k-X. I was surprised that the distortion on the Aero now even is better than on my 8kX! I do see slightly more distortion in the center part of the Aero, objects bend a bit, while on the 8kX the middle part mostly is distortion free. But on ‘normal’ mode there’s significant distortion around the edges, giving me that ‘wet scuba mask’ feeling. I’d much prefer the Aero distortion at this point. It’s incredible how far Varjo has come. Earlier this year they tweaked the distortion algo a few times and last month they added an ‘experimental distortion mode’, not even sure what it is (eye tracking based?) but this improved things a lot for me. Pretty happy to see it’s now even beaten Pimax. Though it’s of course still not close to the Vive (pro) or Index level of 0 distortion. I’d say on a scale from 1 to 10 the Varjo distortion went from a 3 to a 6.5, with the Pimax being at 5.5 (and Vive Pro/index at at 10.0. No distortion at all)

Other things I quickly noted: God I miss that Pimax FoV. It’s just so much better than the small Varjo Fov. But other than that pretty much everything bothered me. It still amazes me I somehow had gotten used to the comfort of the 8kX. Coming from the Aero it feels like a torture device, even after all the mods I did. Then the mura really bothered me. Before the Aero, the Pimax mura never really bothered me, I never even paid attention to it. But coming back from the Aero it’s a HUGE difference. But the biggest con is that ‘something just doesnt feel right’, even after all the weeks (months?) I tweaked my 8kX to get things right, it just still feels like MRTV once described it “using somebody else glasses”. Something is just not right with those Pimax lenses. And I never have that problem with the Aero. It feels super comfortable, my eyes feel completely relaxed, just exactly like they are in the real world. No tweaks needed, just put the headset on and it’s just right.

In short, no way I can go back to the 8kX, but I do miss that wonderful FoV. It’s really THE big downside of the Aero. Give me 8kX FoV and Aero image quality and I won’t complain for the next few years

Maybe Pimax can give that with their upcoming headset. Really hoping for that. Or maybe Varjo will improve the FoV with an upcoming headset. But I just can’t wait to have that Varjo image quality and comfort on a bigger FoV

BTW I did all tests on the new Mallorca environment on SteamVR. Looks really amazing on both headsets (though even more amazing on the Varjo

). Wish we’d see more games based on that photorealistic tech.