We got countless VR moments from our community last week. There were humorous, amazing, first-time experiences, magnificent, and so on.

To continue the discussion, we will look at the VR Game Studio / Developer!

What is your favorite game, and what are some smaller titles and game concepts that you enjoy? What new games have you lately discovered? F12022, GreenHell VR, and so forth.

In addition to the aforementioned well-known companies, many fantastic games are developed independently in the end, such as the previous Superhot, Beatsaber production team, which has gotten financial assistance since the game is highly imaginative and well-crafted. However, there are many gaming studios that have yet to be identified.

Please let us know if you have any recommendations for creative VR studios or independent game developers!
This would be fantastic if we can expand our partnership with them!

What is your favorite game

I currently consider Half:Life Alyx to be the best game of all time, VR or otherwise. Of course, it gets a big advantage for being a VR game.

what are some smaller titles and game concepts that you enjoy? What new games have you lately discovered?

I’ve been playing lots of After the Fall. Vertigo Games, unlike many studios, seems to really understand VR and how to make great games for it. The big draw of this game is the co-op VR play. I think that’s the #1 game concept that other developers need to embrace.

The amount of interaction with your friends which is possible in flat games is very limited. Primarily, it’s just voice. It’s essentially just being on a phone call together. VR adds an entire new dimension to this in that you have real presence with your friends. They can see you and interact in meaningful ways much the same as in a purely social VR game like VRChat. This is huge! It really changes things in a big way. And it’s hard to explain just how big of a deal that is to people who haven’t experienced it.

But I believe this is the core game mechanic which will shape VR gaming into the future. It’s something VR can do very well that flat games simply can’t pull off.

We’ve seen relatively few titles that employ VR co-op especially early on because of the apparent assumption that anyone with a VR headset is likely to be the only one in their friend circle that does. But that’s changing these days. All of my friends are getting into VR, and VR co-op titles are starting to appear more and more.

Please let us know if you have any recommendations for creative VR studios or independent game developers!
This would be fantastic if we can expand our partnership with them!

Vertigo games for sure. They actually responded to problems with ATF running on Pimax headsets and fixed them. ATF is also a game that emphasizes the value of wide FOV because zombies often flank the players. Most of my friends are using Valve Indexes, and I have a clear advantage with my 8KX.

WarpFrog of Blade and Sorcery. Also another game that really benefits from wide FOV since enemies try to surround you.

Caveman Studio. I’ve been getting into Contractors VR lately.

CM Games makers of Into the Radius which makes a lot of creative use of VR’ness.

And I actually think Pimax should partner with VRChat. The wide FOV of my 8KX has a profound effect on the experience in VRChat in more ways than you would expect. But at the same time, VRChat is one of the heaviest applications to run, and it is challenging to get good performance on the 8KX with its dual 4K screens. There are also problems like mirror resolution being capped at 2048 which makes it clear that VRChat has no apparent awareness of the existence of Pimax.

VRChat attracts a hardcore VR enthusiast audience. Embracing partnership with VRChat to improve performance and support for Pimax headsets could go a long way to drawing interest from enthusiasts that are willing and able to buy into high end headsets like the 12K.

I think that a lot of the current interest in Pimax comes from the flight sim and driving sim communities. The VRChat community is another one which could drive a large amount of interest in Pimax, whereas currently Pimax has virtually no penetration among the VRChat userbase. This is an untapped well.

Vail VR Launches Its Open Beta For A Limited Time 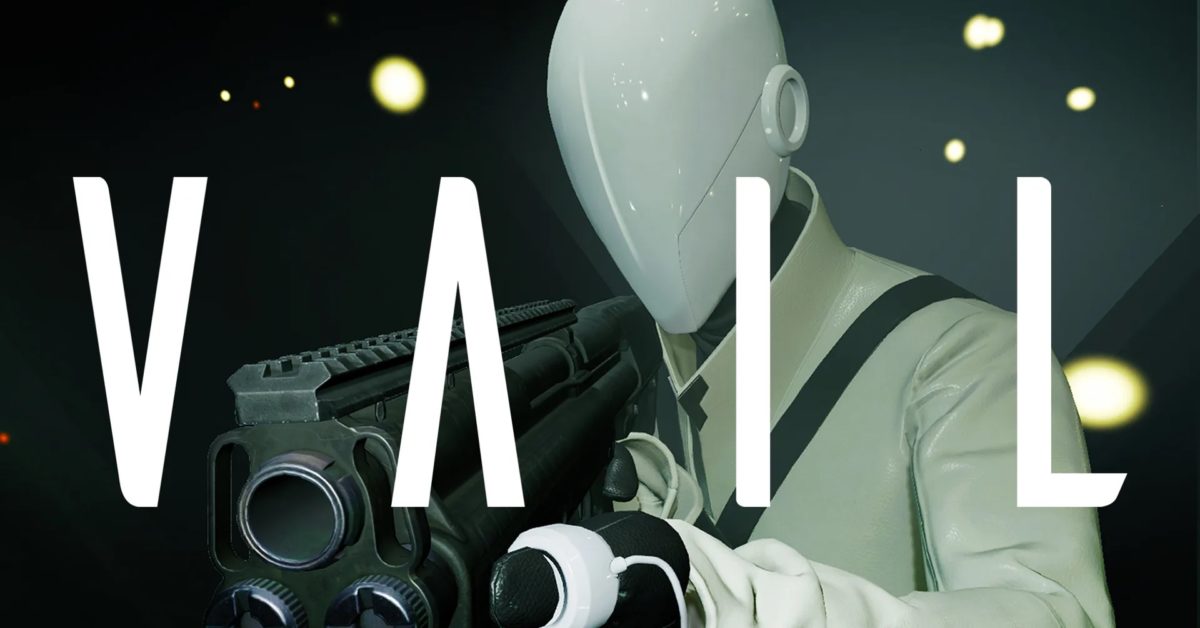 Vail VR Launches Its Open Beta For A Limited Time

Developer and publisher AEXLAB announced that they have officially launched the open beta for Vail VR, giving everyone a chance to play.

Damn Valve needs to hurry up with their next game.

The eye of the temple-
@VR247 recommended this game first,

A VR awe moment occurred for me in eye of the temple yesterday. Have played for less then 1 hour. Interesting room scale (clear 2m ×2m minimum) that forces you back to the center of the play space. Played on 5k+ with index controllers and woojer haptics vest. Not sure if it was my own fatigue or a combination of (who knows what). When I moved the flaming torch toward my face i experienced a feeling of warmth over my chin and lower face ( and i have not received or may never get my feel real ki…

It 's very interesting puzzle game with very brilliant game design and makes unique use of room-scale VR and delivers the experience of exploring a vast environment. Lose yourself in the depths of the temple without teleportation, artificial locomotion, or other distractions taking you out of the immersion. 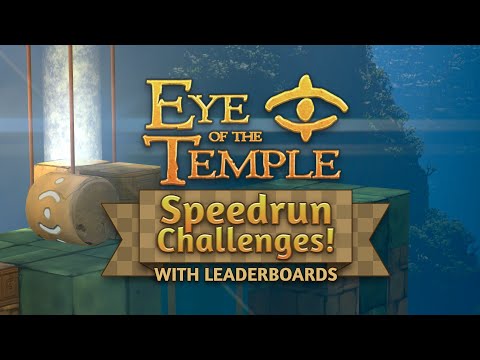 Not to disrespect those developers in anyway. But if indie games like this end up in a topic on favorite games then you know that the state of VR gaming is actually really bad. And it is. We’ve all been waiting ages for VR to take off and still developers know that VR is just such a small piece of the gaming industry that they rather make flat games, where the money is. Some day that will be different, I strongly believe that. VR is the future. But man, it’s taking a long time already and it’s not getting much better. I find it really disappointing.

After a few years of bubbles in VR industry, lots of VR studios disappeared and a small number figured out how to survive, it was a really tough phase. What we need is that giant companies and big studios to drive the development of VR games first to make everything enter a positive cycle.

HL-A is THE game to try (or show) if you want to demonstrate what VR is to friends/family etc.
IMHO.

HL-A is THE game to try (or show) if you want to demonstrate what VR is to friends/family etc.
IMHO.

yeah , and the Beatsaber also easy to get fans

HL-A demonstrates things like advanced physics, the use of finger tracking and even spacial binaural audio processing. So much ground breaking content in the title, it really is great.

HL-A is very nice, but reading previous post give wrong impression that HL-A is out of this world; no it is not. I.e. HL-A does not have jumping and running, and that alone is a big miss to me.
Also it is relativ short (in comparison to some other games).
There are many many excellent games, shorter or longer, from big studios or small, a realy beautiful adventures in different worlds. Thousands of my hours spent in vr can prove that, and more than 100 vr games.
Please do not discourage possible developers here, and “frame” them into HL:A clones only mindset.

A hint for future developers; get in touch to excellent non-vr games developers, and develop payed vr mod for their games - make it with full vr controllers, and optimised for vr.

If somebody wants to develop a new game, please do it. There are already some standards established, i E. holsters for shooting games, snap turn and similar. Be creative and be different

some of my favourites;
Skyrim, Follout4vr, Into the radius, the forest, vtol vr, il-2, dcs, the solus project, seeking down, serious sam, doom (mods and vfr), moss, red matter… and many more

agree with those here that say alyx is fantastic, it is. hope more of the same comes along sooner rather than later.
another game to impress me is walking dead saints and sinners by skydance interactive. great physics, looks decent, meaty game to get your teeth into and can be played in a variety of ways, shame for me is that i’m not much good at it so struggle to progress. there’s WD: S & S 2 coming soon.

I think the future is these smaller game developers.

Flat gaming is extremely mature. The big studios are essentially just releasing the same game over and over again with different skins year after year. Sci fi theme? Old west theme? It’s still basically the same game with different dressing. These are ultra refined formulas, and it’s not so much that studios are lazy as it is that… what new revolutionary innovation with a flat FPS game is even possible? The medium is tapped out.

It’s said that there’s just not enough money in VR yet to attract the big studios, but I think that’s only a half truth. I think the big studios are completely structured around regurgitating yearly flat games, and they couldn’t innovate if they wanted to.

We’ve seen this whenever triple A studios have tried dipping their toes into VR. They make embarrassing rookie mistakes that make it clear they have no idea what they’re doing when it comes to VR. If it’s off the beaten, tried and true path of flat FPS games, they’re just lost.

It’s not that the big studios couldn’t resolve this, but I think they’d have to do some major restructuring. And that’s a significant barrier to their entry.

So we see smaller studios taking up the mantle and gaining experience and shaping how VR games are done. I think we’re going to see some of these small studios rise to prominence and become the new triple A studios for VR. And I also think we’re going to see some traditional triple A studios never successfully make the transition and become has bens.

A lot of people lose interest in flat gaming once they’ve gotten into VR gaming. And I think that’s a trend that’s going to get stronger as the general quality of VR games rises to rival flat games. 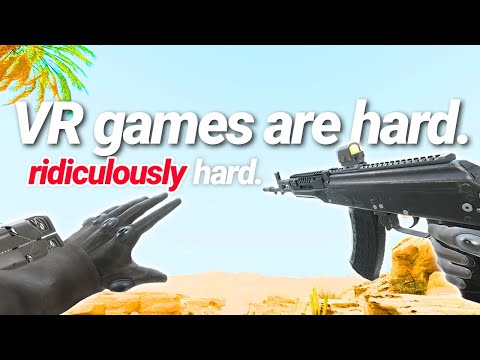 Here is my VR list and its getting old. New content on steam is about as good as games 20 yrs ago.
DCS (Old but constantly updated except for Direct X 11) . Microsoft Flight Sim 2020 , Elite Dangerous , Half Life Alex , Skyrim VR , No Mans Sky , IL2 , Sub Nautica I in VR , A lot of these were conversions and I am fine with that. As I said there may be a list of 6000 games but they are not worth mentioning.

Convert some more top games DEVs! Looking forward to some done in Unreal 5 and at least direct x 12. I know of Vorp X but this is a trick and doesn’t work well last I checked. There is some modders doing the job of the developers but some want subscriptions… Jeesh. Just do the conversions make it official like Skyrim , Fallout , IL2 and others.

Has anyone heard of KSP? Small Studio: Private Division -At one point there was an article suggesting KSP 2.0 (which has been super-delayed but ETA 2023 now) was going to be exclusively VR. Let’s build rockets!