I would say a few hours first time through. It’s more like chapter 1. There is more to come. There are 8 parts to dl currently.

I’ve started playing it the last week. Easy to install all 8 parts, that show up as chapters in the menu. It’s very well done, feels like a story driven/engine and assets integration/ best of both worlds Alyx and Bioshock. Respect for the mod creator who pulled this off.

On the other hand I signed up for the Luke Ross patreon site and tried his mod of RDR2 and maybe it’s just me but I’m having issue with a lag or warping as you move your head from side to side, which is probably “normal” since this is utilizing 3DOF I think on the HMD gyro only…kind of nauseating TBH and I have very strong vr legs …nothing usually phases me lol. So the experience is not as epic as I had hoped. Great effort by Luke Ross though. Won’t take away from that. YMMV.

@drowhunter @tykey6
Although someone who also likes to offtopic the forums, the content is slowly making me a bit confused.

You’re right…way off topic. How does this keep happening…

Hi @jTeller, my mods are 6DOF. There is full positional tracking, and there should be no warping or pupil swimming whatsoever. Did you activate parallel projections? Unfortunately it’s needed for Pimax headsets for the moment.

Ahahaha I was thinking the same.

So apologies for going back on topic, but there’s a method to use Reshade (EAC whitelisted) instead of VorpX. I have never used Reshade so haven’t tried this myself yet. Might give it a go as I had no luck with VorpX anyway.

Sadly Mr Sanchez believes it is very unlikely that EAC will whitelist VorpX in future, so it’s this or eventual native support (which one of the pro-VR SC devs confirmed is still a long way off, sob 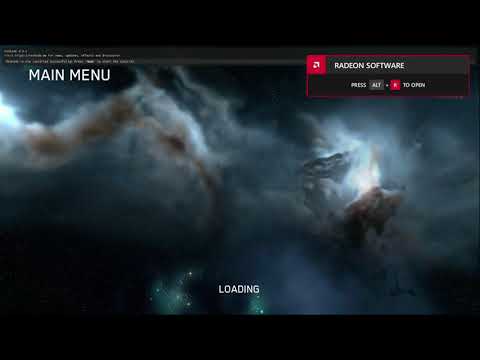 Once the gen12/vulkan renderer is in a great state i’m trying to push for this.

My goal is still to implement fullbody vr into star citizen. Imagine all the cool videos people could make with it! Now THAT would be a wet dream :)"

it’s not complete yet. We are still working on completing the core system. Also, this is just an initial working implementation. There is still tons of optimizations we have to do afterwards. And then there is Vulkan. Don’t expect a native VR implementation anytime soon."

@LukeRoss Thank you for taking the time to personally respond. I should try to clarify what I’m experiencing visually since I didn’t mean to say that your mod was in 3DOF, it just “feels” that way. So, as I stand still and pivot my head left/right or up/down it’s as if my head is not pivoting on a fixed point but rather that the whole scene is moving or warping as I turn my head which I find slightly nauseating.

I’m using the latest Pitool software and firmware and PP is enabled yes. An odd thing is, if in RDR2 settings I turn off anistropic filtering it then feels/looks normal (ie I can pivot my head on a pole so to speak and the scene doesn’t move/warp, but, it’s of a much lower pixilated image quality. I have duplicated all of the recommended settings in your drop down overlay. The image in-game is amazing, as long as I don’t move my head lol. Some small tweak or setting that I’m missing obviously.

Since we’re way off topic here, can you PM me on Patreon so we can follow up? The anisotropic filter thing is really odd, it happened to no other user (that I know of)

@LukeRoss yes of course, and I’ll send you a pm on Patreon.

I’ll try this at some point: Tuto: How to VR in SC 3.16+ EAC proof - Star Citizen Spectrum

Just read it. It seems like a very odd setup

not really sure how it works but i’ll try it.

I still haven’t tried it yet, but anything that knocks a component out of the equation and frees up resource (in this case Virtual Desktop from Chachi Sanchez’s workaround) is worth a look.

Before EAC it was SteamVR + Opentrack + VorpX. Then I think Opentrack got integrated into VorpX so was not needed separately.

Hmmm not able to get the 8KX detected as a display to mirror it. Any ideas?

Last night I tried without the display mirror. Results were unpromising. TrackIR/Opentrack didn’t seem to work for me.

I have yet to try the display mirror thing…

Interesting I’ve not had trouble getting Opentrack to work, always responds OK. SteamVR and headset need to be up and tracking first of course.

As I understand it, these workarounds can’t be used without mirroring the display as well.

But I can’t get SteamVR to treat the headset as another display, Win10 doesn’t recognise it. Therefore I can’t go to display options and tell the OS to mirror displays, Win10 only sees my one monitor.

Ah the OP who wrote that tutorial tried with a 5k and had the same problem. So it seems Pimax headsets can’t be recognised as main displays by Windows. Perhaps they can find another solution.

What’s your problem with VorpX and SC?
I admit, it was a long time ago (1 year) for me, but it worked halfway with high resolution

Reshade has now been whitelisted and has a VR implementation in it, so this is the remaining workaround for now. The original method involved Reshade + Virtual Desktop + Opentrack.

The tweaked method uses just Reshade and Opentrack, but doesn’t seem to work for Pimax users (HTC and Oculus are OK), because it needs Windows to see the headset as another display (possible via SteamVR setting) - but so far this doesn’t seem possible with Pimax headsets.

If anyone knows better I’d like to find a solution to that.