Space.. The Final Frontier.. These are the voyages of the Pimax 8KX!

So how does it cope with your weight ? I am about 100 kg, 1,93m tall, I imagine that could be a challenge for such a compact system…

Yeah, weird. It used to be there but no something happened to it - have pinged Mark via Twitter, let‘s see if he responds/explains.

Obviously I am afraid that at some stage he runs out of money and we will not see anything. That would suck big time due to the size of the investment, the amount of hope I invested since first learning of it in 2014 and the slim chance of taking another shot at a proper motion rig for flight sims.

I do think I am probably a good height for yawvr though.
As you get taller, it puts weight further from its center.
But I wouldn’t think 193cm would be a problem

I’m thinking that a cup holder (with drink) might be an issue with that rig?

What do you think of it (the Yaw)? Is it worth the price?
In particular, how much ‘slop’ is there in the movement? I’ve got a motion rig but it has so much slop that it makes me sick in VR. The rig ‘slop’ translates to my head actually having a good 10+cm of free movement: not good in VR!

Edit: does the harness come with it or is that your addition?

@Strydr maybe a cup holder wouldn’t be the best idea

I was a Kickstarter backer & got this whole thing for under £1000 so in my opinion it was an absolute steal at that price & I have zero regrets.
Its now retails closer to double but in my opinion its still definitely worth it. Just not quite as appealing as the Kickstarter bargain price.
We did wait 2 years though & there were hurldles along the way.

As far as I see there is absolutely zero slop. It’s completely responsive unless you make a sort of deadzone yourself in settings.
But it’s all down to settings how it feels.

Yawvr team now have their own game engine & although it’s a work in progress & some game default setups need work still, its all really new & improving weekly.
Also the integrated vibration is coming along well in their games. Still needs tweaks & setup in some plugins but again, they are making progress quite fast with the software for it.

I bought the 4 point harness myself for £66

i realy realy need that platform what you build… look at that pitch…Much better!
Whats the height off the platform?

The back pitch is a bit exaggerated for effect & probably 4° or so more than I would use.
If I used that much generally gaming, it would probably hit the rim of the shell often. But the front pitch is about maximum you could get safely although probably better to back off 1 or 2°

That made it one of the most convincing full motion simulators yet.

Its not full montion , 3 dof at most with many compromises. But I belive that for ED and some flight sims is quite good and worth the money. For sim races I would not recommend it.

My perspective on motion simulators may be a bit warped. As it turned out, I get so much of the feel of flying visually, that the physical motion almost feels the same. And if it doesn’t match up instantly, involuntarily, I am just going to ignore the physical input since that is what I have been doing for ~2k hours now.

So if I am going to use motion simulation, responsiveness is a big deal.

Well if you have a truckload of money a cnc robot arm like pimax had on their website long ago with a fellow in a seat wearing an 8k might be the ticket.

Not sure about that. A sphere can definitely allow all actuators to exert only forces which exactly rotate, rather than translate, the load, exactly around the center of mass. This is very efficient, and allows a single type of actuator to be duplicated as many times as necessary. Mechanical complexity is also vastly reduced, as powerful bearings are replaced by a single sphere that can be assembled in pieces, and inexpensive skate ball bearings.

Is the yaw any good for Pc cars 2 ? Or is it only good for flying simulators ?

may I ask for more detail as to why you wouldn’t reccommend for sim races? and does it apply to driving in general? I was thinking of getting one for messing around in project cars and dirt, not serious racing.

@TZC If you want realistic car suspension than you need acctuators based setup. Like this one : https://www.prosimu.com/t1000-5m.html
Acctuators are good choice for sim racers , you can easy smoothing forces and get realistic car effects. Motors are cheapest but rough and less realistic.
Yawvr is buid with basic motors rotating sphere in 3 axis. There is no way to get car slip effect and you cant achive heave forces .( no phisical axis) . So based my experience with simulators yawvr looks good for simulating momentary G effect becouse of high range but for any other effects I will not recommend it.

Thanks for the information. I can see how different the experience will be and I’d love that, but unfortunately I don’t have the space or the cash for it. I need a headset too - Yaw vr is cheap, small and has wider range of use, and I guess a little motion simulation is better than just sitting at a desk.

I apprecieate your comments and agree.

If you dont have space and cash , consider g-seat as your first montion expirence(~ 3.5k$) and you can upgrade in future and still keep this seat https://simxperience.com/en-us/products/motionsimulatorkits/gs-5g-seat.aspx
https://www.isrtv.com/forums/topic/28328-gs-5-review/ 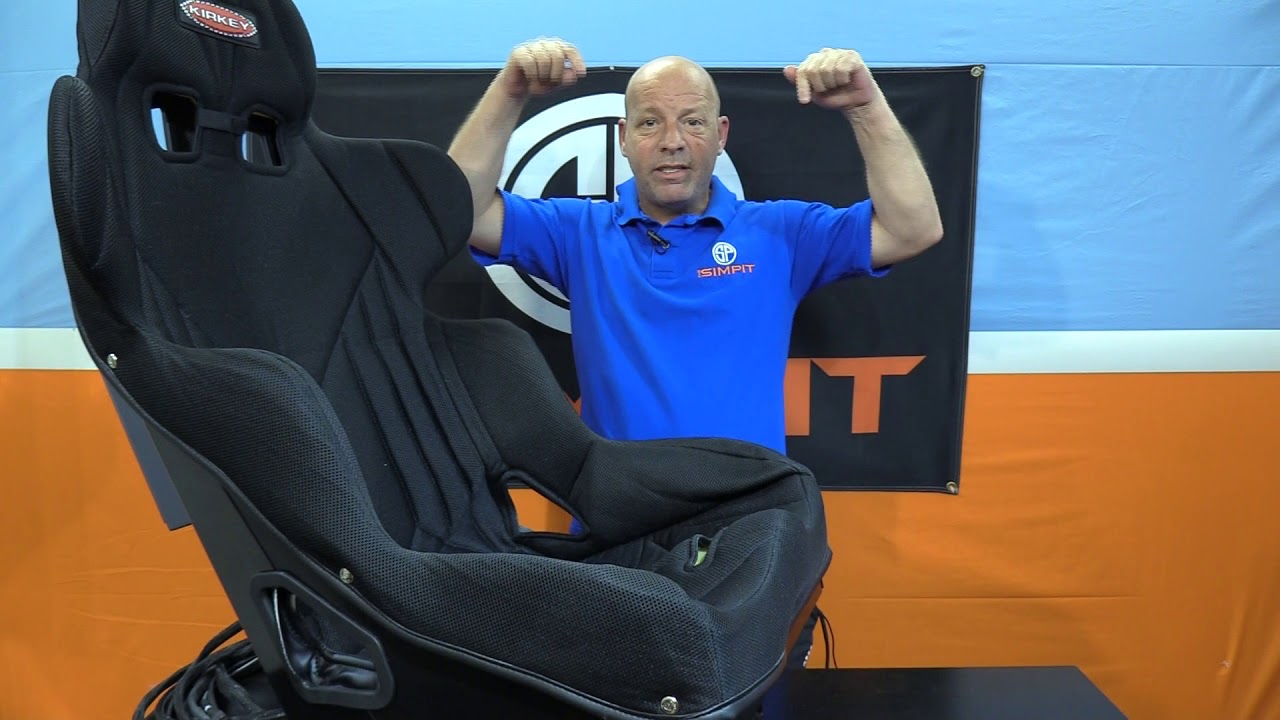 By the look of it, I would take the YawVR over that any day. The roller coaster demo of the YawVR was vaguely similar to sim racing as well, I wouldn’t sell it too short…

Consider that you get 1.5 Yaw for that price i dont think so.

Sure , just saying that personaly I’m buying (if expensive ) hardware which give me possibility to upgrade in future. Yawvr have build and comfort limitation.