Samsung Invents Next-Gen Gear VR Headset that provides a Curved Display for a...

Yesterday the U.S. Patent Office published a patent application of Samsung's relating to a new design for a head mounted display (HMD), perhaps a next-gen Gear VR headset, that overcomes some of the current negatives of current designs and adds some...

They take advantage of their curved panel technology. It is enough to look at the drawing, to see that they refer to 180º of horizontal FOV.

I wonder if they have Oculus permission as they patented the use of curved disolays in vr.

This is the patent of the new 180º VR/AR Samsung headset.

Ah, at least we’ve finally got someone drawing these sort of sketches, who has the sense to have the screen(s) wrap around each eye, in front of the nose, rather than plotting a single arc around the head for both – a long standing bugbear of mine (unless we were to talk lightfield displays - that would change matters).

Note the varying distance between the (curved to allow for the FOV) lenses and the viewplane, which should counter field curvature.

Yes this is coming!
Pimax should do some curved hmd patent soon or will stay out 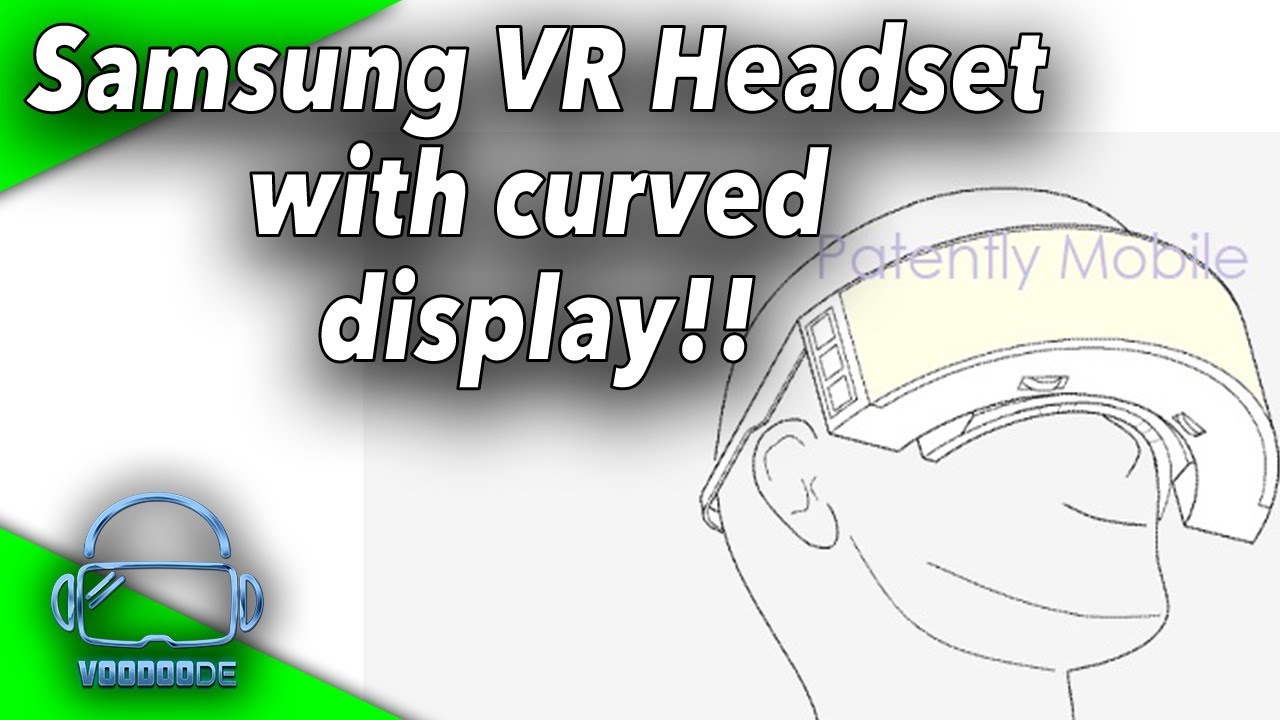 How is this patentable?

Believe it when I can purchase it

Well, use of curved display in VR headset. I bet the patent has granted to some company already though.

BTW, I came up with that idea many months ago

A bit off topic, but does anyone know why aren’t they using curved displays in HMDs? StarVR is using 4 displays, but why not just two curved ones?

And more about the patent @Heliosurge

Dissapointed in the quality? Performance?

Oculus patented the idea & the software Dev that attended the Berlin meet posted am article on curved display challenges/issues.

He did though compare quality to the xtal & was as they say impressed.

Forget about me saying about 4 displays and StarVR…

use of curved display in VR headset.

If only some TV/Monitor manufacturer had the foresight to patent a flat display for use in TV’s or monitor’s. Seems to be along the same lines. Ridiculous.

Well according to Helio, Oculus patented the curved display in VR… so ridicule me.

It’s all apple’s fault for patenting the shape of a phone.

I wonder what issues will crop up with curving screens. The current GPU graphic pipeline is designed around flat viewports (which map to flat screens). Pimax had significant difficulties with (only) angled flat screens. I imagine curved screen distortion will be tricky to correct.