Good on you Pimax! I Really appreciate to see it was fixed in this way

If this even fixes it…

Last time it cost me significant duties…hopefully not this time.

Yep, Make sure they send the replacement properly documented as an RMA replacement… I had that problem back when they replaced my 5K+ and had to dance to get reimbursed.

have you tried plugging in another set of headphones or speakers with 4ohm impedance? I doubt this is an issue with the DMAS and more likely your 8KX. They are asking you to send the DMAS as they are much cheaper to replace than your headset…

Good luck with it though - if it is your headset they will say your 8KX is out of warranty, this is the issue I’m having with the high pitched whine (both sides and seemingly louder than yours if you’ve just been putting up with it).

Yeah, originally I had a slight whine in the right ear, but it was only audible when there was no sound coming out. But now the left ear has a considerably louder whine and it can’t really be ignored.

So I received my replacements from Fedex.

New ones the right ear is completely buzz free. But the left one its there but feint. Kind of how my old ones were before the above incident.

We’ll see how long these last.

So a quick folliw up. Yesterday I went to a friends who had a HP Reverb G2 V2.

Had a chance to really compare the quality of the Index Speakers.

All I can say is I forgot what it was like to have Index style headphones with no buzz. It really makes me want a refund on the DMAS headphones.

I now am certain the buzz sound is caused by the headset.

Obviously not willing to replace that, with the 12K incoming. (I hope they fix the buzzing with that)

KDMas is probably a better choice for headphones for the 8KX.

The G2 has a surpring amount of bass for over the ear, but I felt like the DMAS sounded ok too. A little less bass but still balanced.

After my experience with the reverb g2 headphones. The silence of not having constant buzzing, I had enough.

I contacted support to get KDMAS. They have shipped them to me.

Replacing my 8KX didn’t seem worth it just to fix the buzz.

It does, but not out of the box. Follow my guide to greatly improve the audio quality:

Review and improving the audio of the KDMAS PiModules & Accessories

My 8KX came with the KDMAS already installed and the DMAS was provided as a retrofit kit. Otherwise, I would never have even tried the KDMAS. That’s lucky, because even though the KDMAS is considered a lower tier, it actually provides the best sound quality Pimax has to offer. The stock sound quality of the KDMAS is poor out of the box. It sounds like a cheap pair of Walkman knockoff headphones from the 80’s. It was disappointing coming from the Index. But with good EQ applied, the sound q…

I kind of hate watching the struggles some people have had with the DMAS when the KDMAS is better anyway and doesn’t have those problems. The DMAS is supposed to be the highest tier option, and it’s priced much higher than the KDMAS. And yet its performance (even when working properly) is actually worse.

I bought both the DMAS and the KDMAS. My 8KX has no whining or other problems using the DMAS. I did several A-B comparisons of sound quality between the two. And I also compared them against the Valve Index as well.

The Index is renowned for its excellent audio quality. And yet I found that the KDMAS (with EQ from my guide) actually sounds better. Mostly because of better bass reproduction and advantages of on ear vs off ear.

The downside, of course, is that the KDMAS is on ear. But in terms of sound quality, I believe it to be the best built in VR audio that is available on the market today.

So I tried the KDMAS on my 8KX

Bad news: Whining buzz is still there, you can tell right away because its has the hum ad soon as you turn the headset on audio doesn’t have to be playing.

Was about to give up and then I tried something. I used the y-cable that comes with the KDMAS and holy crap total beautiful silence!

I wondered if they were even plugged in. So I fired up the little nightmare soundtrack as its has alot of quiet sections in it.

So then I thought… let me do the unthinkable… Im going to try the Y-cable with the DMAS. Total silence (good sign, but how do they sound).

Played some music. clean buzzless audio, albeit much quieter than without the y-cable.

I installed Boom3d it helps but i’m not a fan of using it adds too much conplexity to my setup. Multiple headsets , voicemeeter, equalizerAPO etc…

plus it was still too quiet.

I prefer the loud, full bass and sound isolation of the Kdmas anyway.

Now I just need to figure a nice way to route the y-cable.

I really hope the 12K has this sorted.

As it stands I hope there is a KDMAS option for the 12K.

Was about to give up and then I tried something. I used the y-cable that comes with the KDMAS and holy crap total beautiful silence!

Right. The KDMAS requires the y-cable. It will not work correctly without it. The KDMAS is 8 ohm. For whatever reason, the 8KX runs 8 ohm devices only off of the left side jack stereo jack. The DMAS is 4 ohm and runs off of the individual left and right side jacks each in mono. The 8KX autodetects and switches that left side jack between 8 ohm and 4 ohm modes (note that it only performs this detection and mode select once at boot time).

The buzzing/whining problems that early production 8KXs have is associated with the 4 ohm mode. It suggests that Pimax designed them to support 4 ohm for the future DMAS but had not actually tested 4 ohm on those earlier headsets. They seem to have only discovered that there was a problem there once DMAS shipped years later and customers started using the 4 ohm mode.

As an 8 ohm device, KDMAS will not work properly when connected to the left and right individual jacks. It will do weird things which may or may not be obvious abnormalities, and the behavior is unpredictable. It did something a little different on each of three Pimax headsets (two 8KX and one 5K Super) I tried it on. Not recommended.

I really hope the 12K has this sorted.

As it stands I hope there is a KDMAS option for the 12K.

I expect the 12K to have this sorted. The DMAS does actually have higher quality drivers than the KDMAS, but its sound quality is crippled by the 8KX not having enough power in its amplifiers when running in the 4 ohm mode. Also because the DMAS speakers sit too far away from the user’s ears.

The 12K, by contrast, is designed with DMAS as standard rather than a later retrofit. In the interview with MRTV, it was spoken of as a “DMAS 2”. And what else was significant in that interview was the mention of 12K doing onboard audio processing to improve the sound quality. That should eliminate the need for 3rd party EQ such as I described in my guide. On the 8KX, the sound quality is significantly hobbled by Pimax using stock Windows drivers which play a raw signal with no stock EQ settings. This is why adding 3rd party EQ substantially “wakes up” the sound quality of the KDMAS like a night and day difference. That will be built-in stock on the 12K.

My one concern is that the DMAS on the 12K might still have the speakers too far away from the ears. That might not have changed relative to how it mounts on the 8KX. Hopefully Pimax addresses that in the 12K as well.

The KDMAS is 8 ohm. For whatever reason, the 8KX runs 8 ohm devices only off of the left side jack stereo jack. The DMAS is 4 ohm and runs off of the individual left and right side jacks each in mono

8/4ohm thing explains why the DMAS has no buzz but is 1/2 volume when connected via the y-cable.

I wonder if you rewired the TRRS connector on the DMAS to be a TRS connector if that would trick the headset into operating in 8ohm mode.

As an 8 ohm device, KDMAS will not work properly when connected to the left and right individual jacks. It will do weird things

so the device assumes 4ohm when connecting TRRS cables to each side? Why did the even use TRRS instead of TS connectors since each side is mono? Maybe I can understand if they used TRS so that regular headphones could be used on left.

i wonder…is there any external means to fix the 4ohm mode say you plugged the dmas to a ycable and then into a tiny usb dac capable of 4ohms.

My one concern is that the DMAS on the 12K might still have the speakers too far away from the ears. That might not have changed relative to how it mounts on the 8KX. Hopefully Pimax addresses that in the 12K as well.

ITs funny because they stole so much of the headstrap design from the Vive Pro, they should have also copied the hinges of the pro as well.

I took the headphones off of the vive pro just to check if they were compatible, but it seems Pimax didn’t copy that either.

have you un- and repluged the 8kx completly (usb) after change the capsules, so the dsp can change his settings?

I hope there is a KDMAS option for the 12K

i hope, i can use my with sennheiser and fluffy fluffy leather moddet vive DAS

If not you may need to resort to this 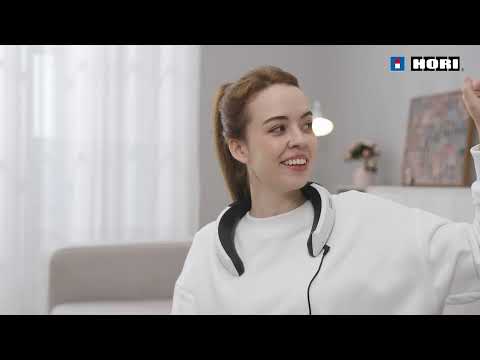 Only with integrated Shiatsu Neck Massage

Only with integrated Shiatsu Neck Massage

The only issue I see is how would I use my neck pillow or neck fan?

They should seriously combine the Dual Sense feedback and fan. It might seriously compliment the PSVR2. ! Imagine playing Iron Man VR in that.

Or getting your neck snapped in VR.

Edit: Seems this might actually not be a joke, BOSE has one and apparently its good! Could this be the off-ear alternative Im looking for? The only concern would be positional audio when turning your head. But it might not be a problem. 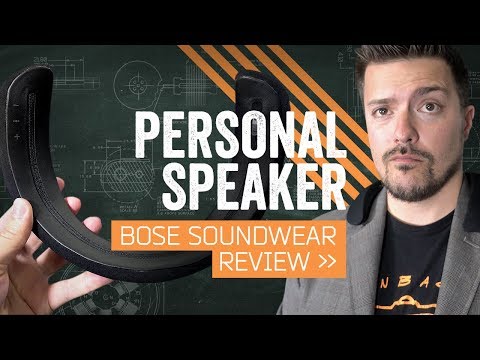 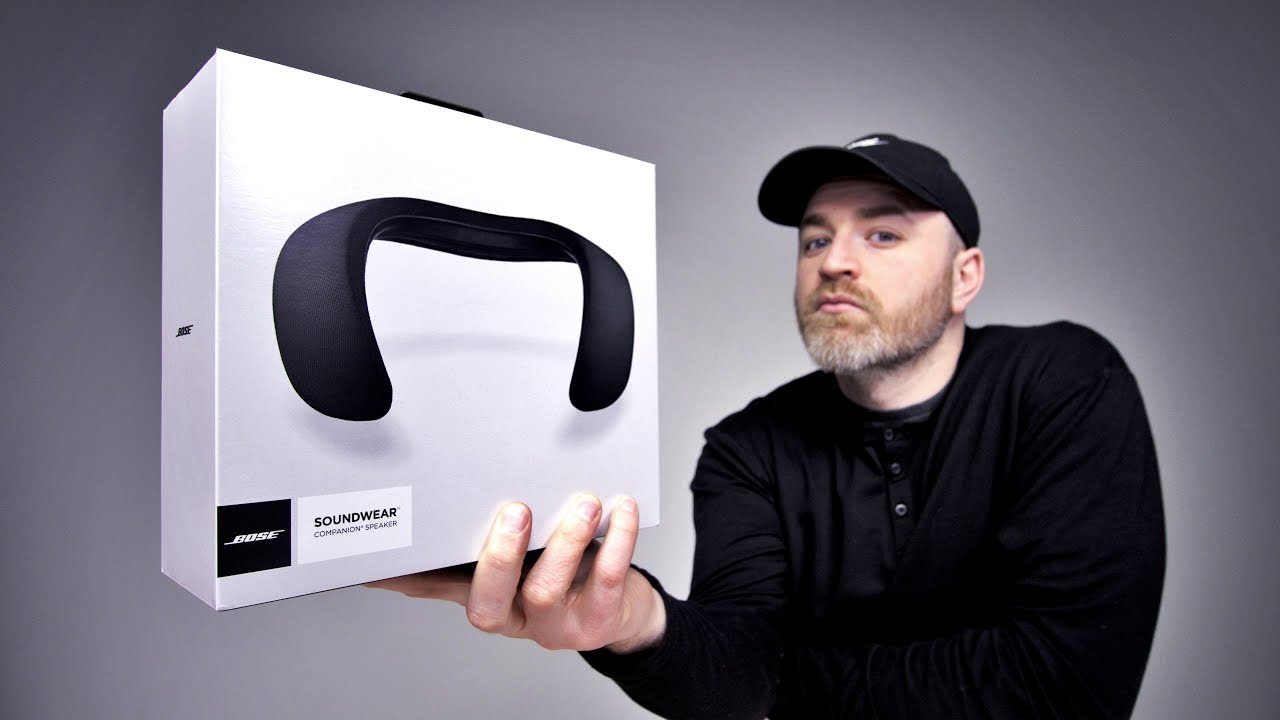 There’s zero point looking at these products… unless you plan on never turning your head in VR!